LIVINGSTON, MT - The Park County Elections Office is investigating after a printing error left at least one ballot with a mark within an oval next to a candidate's name.

Park County Elections Admistrator Maritza Reddington says the mark was brought to her office's attention by a voter.

“We were notified of what appeared to be a ‘marked’ ballot sent to a voter and, after an investigation, have found random splotches of ink on some ballots, not necessarily in the ovals, but sometimes off in the margins or white space.”

Reddington says the voter who reported the problem was given a different ballot.

Reddington says that she contacted Election Systems & Software in Omaha, Nebraska.  Reddington says, “They verified that the ink spots are the result of a printing problem.”

ES&S is the only vendor certified to print ballots for Montana. Reddington says the Montana Secretary of States Office was notified of the issue.

ES&S released a statement thanking the voter for coming forward. Lori Mommaerts speaking on behalf of ES&S says, “These errant specks of ink are a printing error of ES&S partner printer and should have been caught during a quality check before the ballots were delivered to the county. ES&S is working with the county to remedy the situation.”

Reddington and Mommaerts says that any voter who sees an ink splotch in an oval on their ballot should alert the Elections Office immediately to arrange for a replacement ballot. 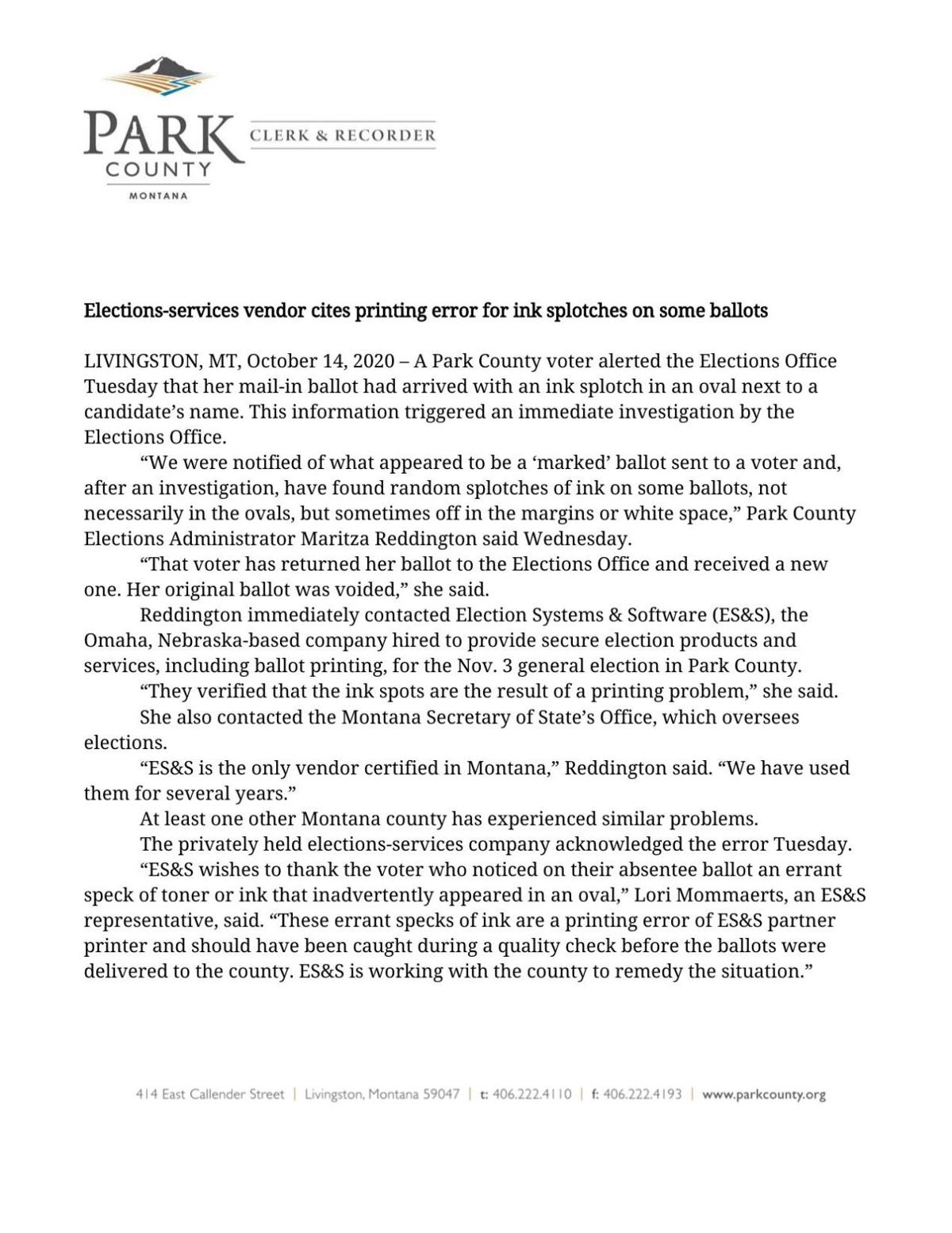 Health Check Lab in Park County closed to the public