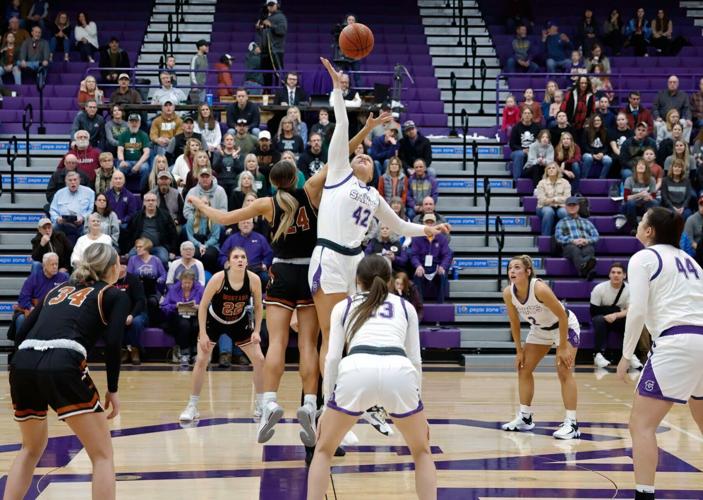 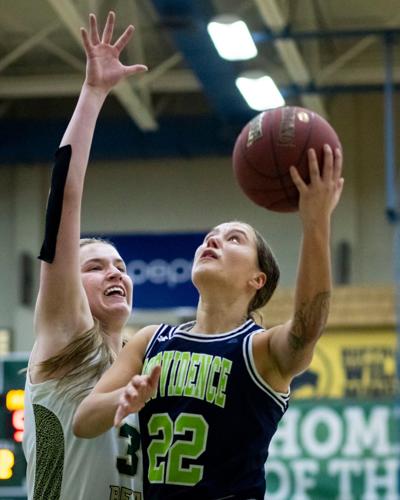 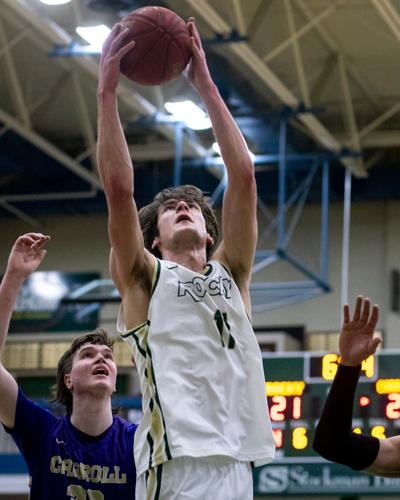 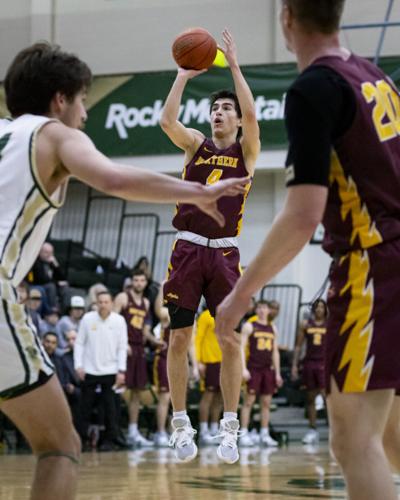 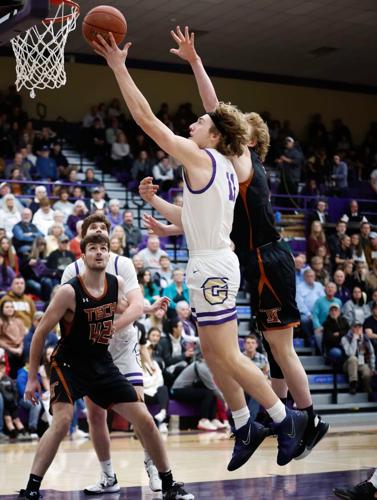 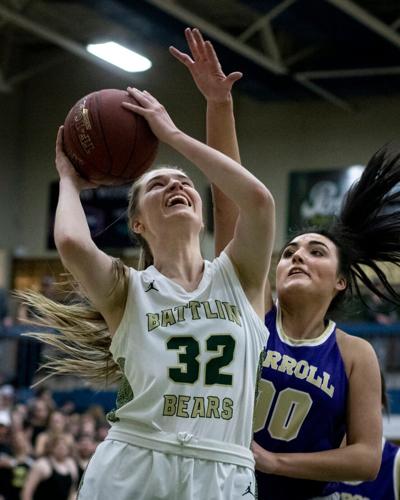 Rocky's Dominique Stephens goes up for a shot against Carroll's Genesis Wilkinson during the 2021-22 Frontier Conference Tournament Championship game at the Fortin Center. 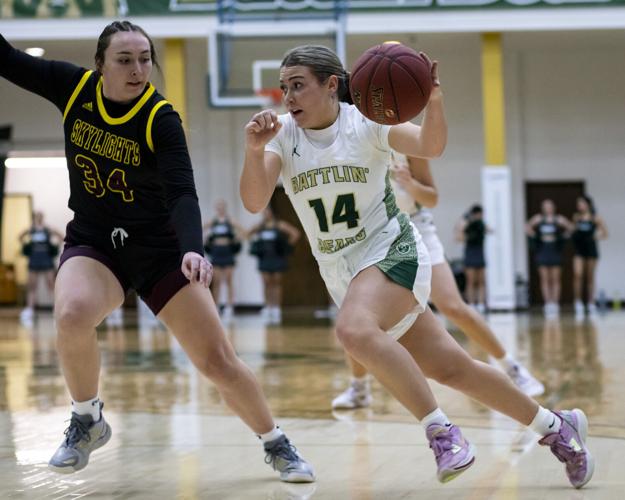 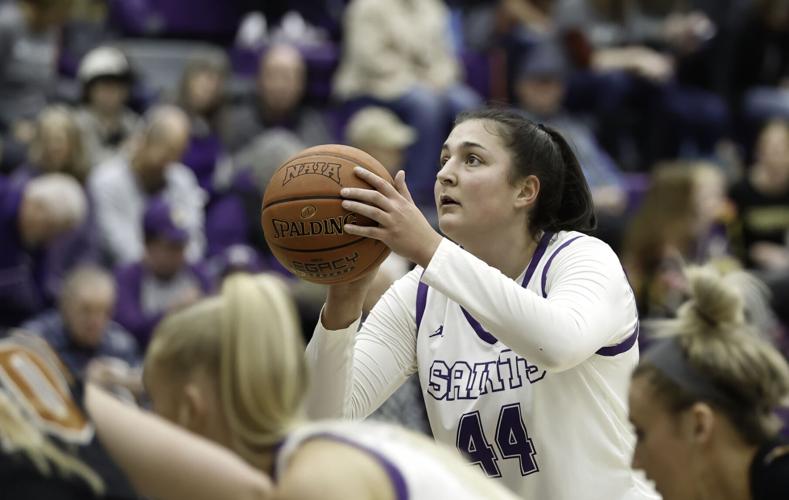 It was a big week for the Frontier as the slate of games produced a triple-overtime outcome (MSU-Northern and Rocky men), fans were treated to some big-time rivalry games, and a Carroll athlete was named NAIA National Player of the Week.

This weekend will go a long way in shaping the league standings as the top teams (men’s and women’s) play each other.

For the first time since Feb. 27, 2018, a Carroll men’s basketball player was tabbed NAIA National Player of the Week. Cook joins former Carroll All-American and NAIA Player of the Year Ryan Imhoff as national honorees in the last five years.

Cook scored a career-high 31 points in Carroll’s road win over Montana Western on Thursday, adding five assists and four rebounds. The sophomore added 24 points, including 16 in the second half, of the Saints’ win over No. 12-ranked Tech on Saturday.

Over his last six games, Cook is averaging 20.2 points, four rebounds and 2.7 assists per game.

Cook has shot 50 percent or better from the field in each of his last three games, totaling 28 made field goals in 47 attempts (59.6 percent).

By Thursday night, two teams (one men’s, one women’s) will have sole possession of first place in the conference standings with six games to go.

Carroll and Rocky on the women’s side, in a likely top-25 matchup, meet up in Helena, while Tech and Providence are set to battle in Butte on the men’s side.

The Battlin’ Bears women are 1-0 against Carroll this season, beating the Saints 58-51 in Billings on Jan. 7.

A win Thursday would not only knock Carroll out of first place, it would give the Battlin’ Bears a head-to-head tiebreaker over the Saints should both teams tie in the standings after 15 games.

Same is true on the men’s side for Tech. The Orediggers beat Providence 95-82 in Butte on Jan. 7 and would, essentially, open a two-game advantage on the Argos (Tech’s current closest competitor) with a win.

Tiebreakers are used for tournament seeding only.

The Battlin’ Bears, along with Carroll, own the Frontier’s best conference record over the last calendar year (since Jan. 22, 2022) at 13-3.

There hasn’t been much drop-off from Rocky’s program record-setting season in 2021-22.

All-American N’Dea Flye is gone, but Kloie Thatcher remains the heart and soul of the Battlin’ Bears, averaging 11.1 points, 3.5 rebounds, 3 assists and 1.8 steals per game.

Defense was a big part of Rocky’s success last season as the Battlin’ Bears finished top-15 in the NAIA in scoring defense (55.6 PPG). That number has improved through this season’s first 20 games as Rocky will enter Thursday giving up just 53.6 points per game, a top-10 mark nationally.

Only five times this season has Rocky allowed 65 or more points to an opponent.

Rocky has never won back-to-back conference championships (regular-season or tournament), according to conference records, but a win Thursday in Helena would put the Battlin’ Bears in prime position to accomplish just that.

Frontier Conference Players of the Week

** – new poll to be released on Wednesday

Email Daniel Shepard at daniel.shepard@406mtsports.com or find him on Twitter @IR_DanielS.

It’s hard to believe this weekend will mark the halfway point in the 15-game conference schedule, but February and the promise of a Frontier Conference title is nearing.

Pickleball is booming in Billings, and it's easy to see why

Binford Credits Historic Win to Her Bobcats' Belief in the Program