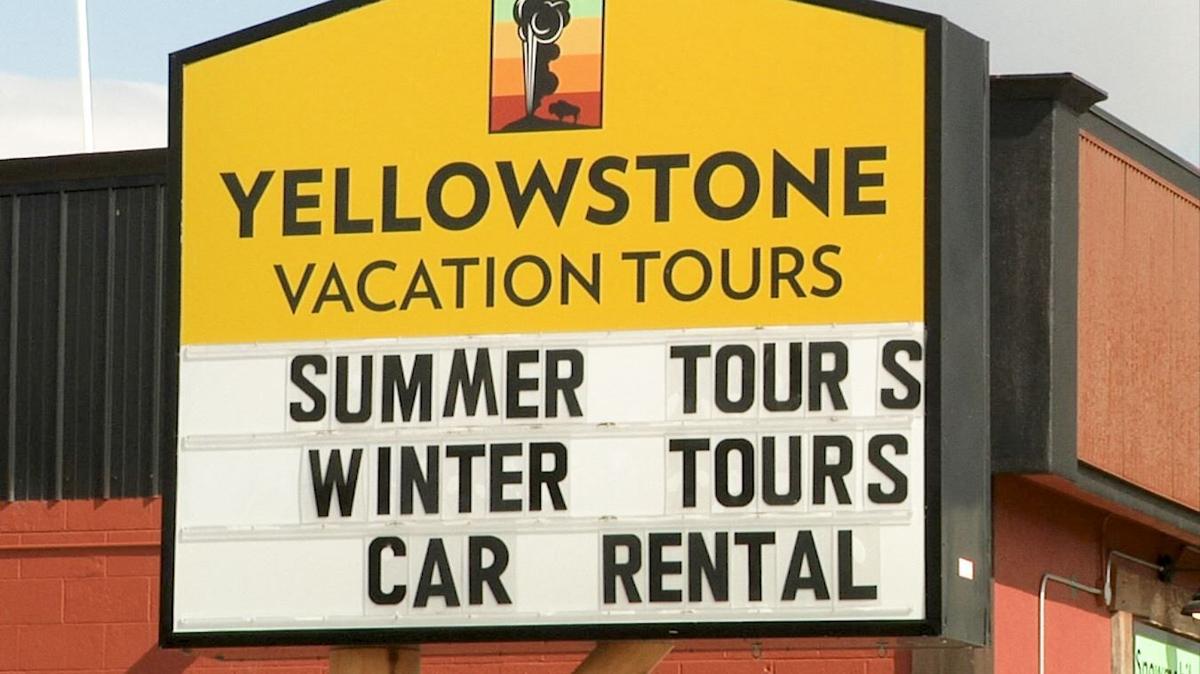 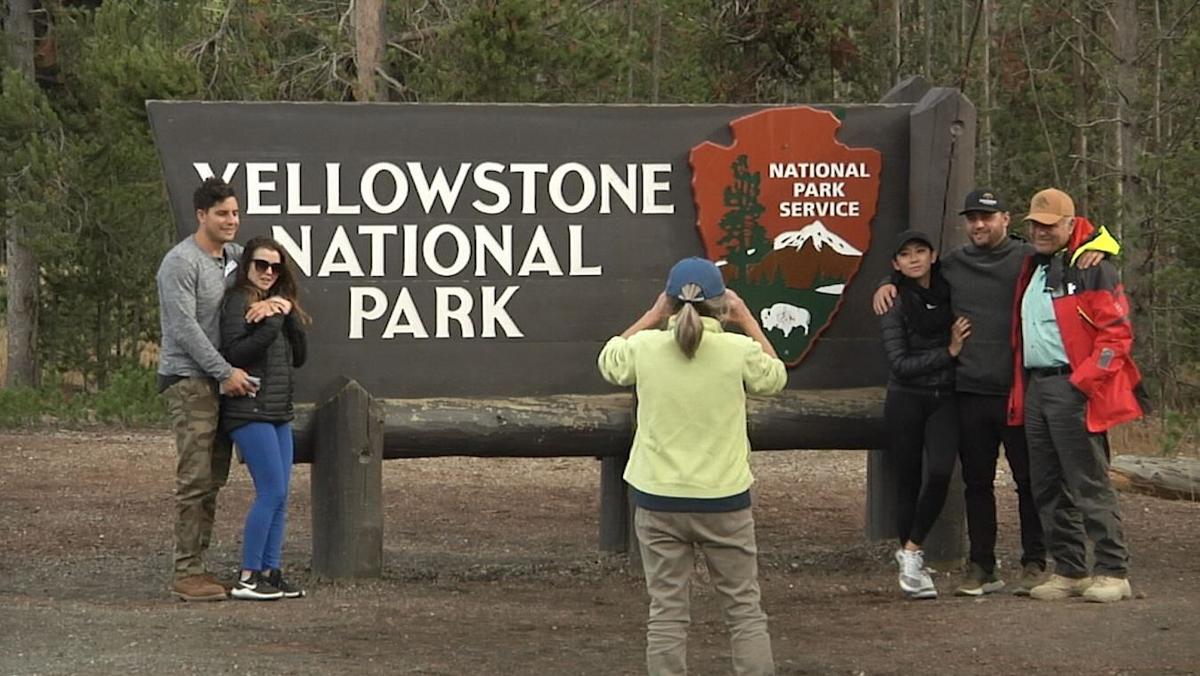 Tourists pose for a picture in front of the Yellowstone National Park sign at the park's west entrance.

Tourists pose for a picture in front of the Yellowstone National Park sign at the park's west entrance.

WEST YELLOWSTONE, Mont. - Six former employees of a snowmobile guide company in West Yellowstone have settled an unfair labor practice complaint, marking what could be a major shift in the way seasonal employees in the small tourist town work.

In February, snowmobile guide Ty Wheeler says he was fired just 30 minutes after being part of a protest over what he and other workers describe as nonlivable wages, dangerous work conditions, overstaffing, and poor management. Three other guides were also fired while trying to form a union with Wheeler.

"When you're making $12 an hour with no benefits, and only working a couple days a week, it's not a sustainable model," says Wheeler. "It's not fair to the workers and it's not fair to the park and it's really not fair to the American public to have to come and be able to experience this place with folks that just aren't even being able to support themselves. It's our national parks and people basically aren't making enough to live."

During the small and apparently peaceful protest in February, video shows police were called on the employees holding signs at a street corner. Wheeler also shared a photo with Montana Right Now of what he says is one higher-up within the company parking near the scene to "survey" it, which goes against labor rules.

Buffalo, N.Y.-based hospitality company Delaware North owns two guide businesses in the small gateway town of West Yellowstone: Two Top Snowmobile Rentals and Tours and Yellowstone Vacation Tours. The company told Montana Right Now at the time of the firings in February that some guides had been let go because of a decrease in tourism.

In August, a settlement was reached with the National Labor Relations Board (NLRB). As part of the agreement, the guides will be given front and back pay, and the company must wipe their employee records free of any information about the dispute.

"We were able to come to an agreement of sorts that is actually quite beneficial," explains Wheeler. Wheeler says he feels lucky they were able to walk away with a settlement working so well in their favor, though he says labor representatives told him that's only because the moves made against he and the other guides by Delaware North were so blatantly against labor rights.

With the settlement, Delaware North must also communicate to its West Yellowstone employees that they have rights to organize a union without harassment or termination. That includes hanging a poster with a notice to current employees informing them of their rights and the outcome of the settlement.

In the notice, it is acknowledged that the police were called on the labor protesters, though it does not clarify who called the police on them.

Delaware North responded to Montana Right Now's request for a comment, pointing out their achievements and philanthropy in the area, and saying in part: "Delaware North pays our seasonal guides wages that are competitive with the other tour operators and offers bonus pay, including for excellent patron reviews, and the guides earn tips from patrons as well."

The company also adds that they have a seasonal return rate where about two of every three employees return to work for Yellowstone Vacation Tours, one of the two Delaware North-owned snowmobile guide businesses in West Yellowstone.

Delaware North has worked with Yellowstone National Park since 2003, and has since bought and built several hotels and recreational businesses in the town of 1,400.

"We have also invested more than $3.5 million in the Yellowstone Vacation Tours business since acquiring it in 2016... We invested more than $800,000 in new snowmobiles in the first year at Two Top Snowmobile Rental Inc., which we acquired in early December 2019," the company points out in a statement to Montana Right Now.

Adding: "The company supports all the communities where it operates, including many charitable causes in West Yellowstone with approximately $60,000 in donations last year."

For the six former employees who went through the settlement process, the agreement is a small, but important step forward. Wheeler says this is a significant moment in a town that's mostly made up of seasonal employees.

Guides listed off many concerns, from what they describe as over-staffing and poor management, to false promises and a non-livable wage. Delaware North says there is a return rate of about 66% for seasonal guides at one of their businesses.