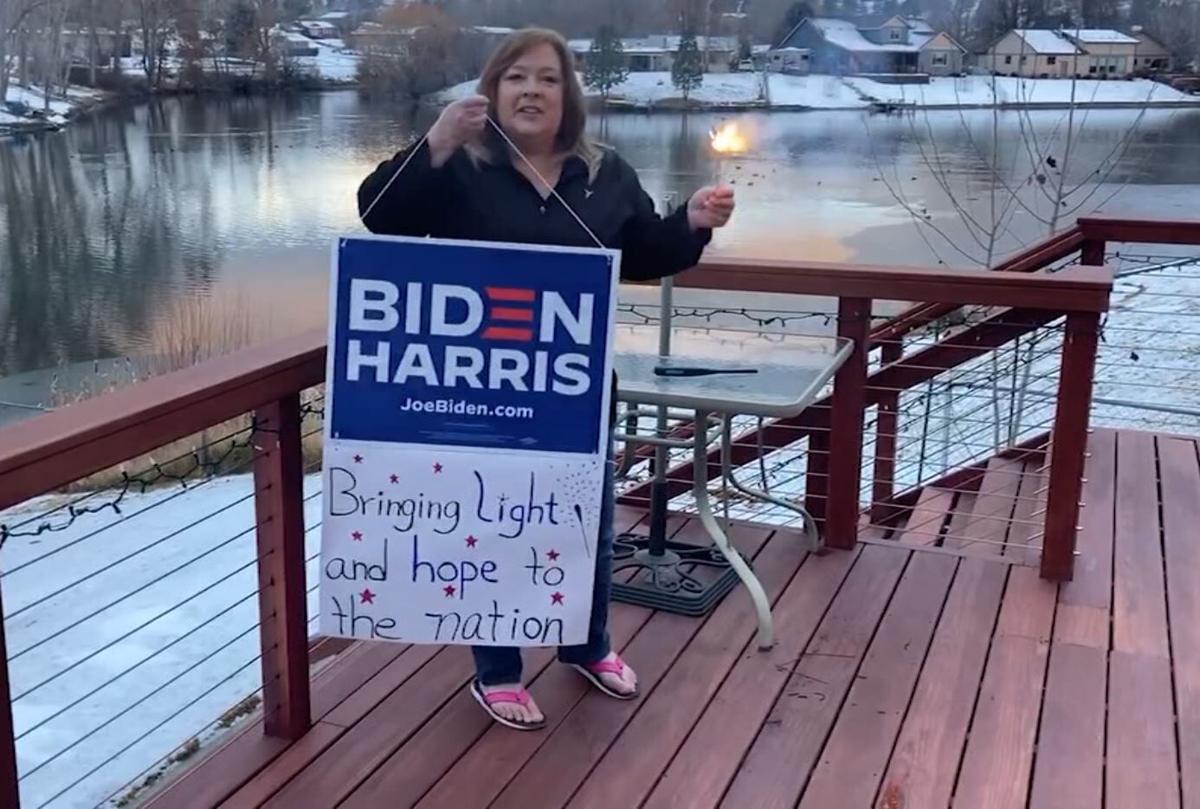 LouAnn Hansen holds up her inauguration message on her back deck in Lolo. 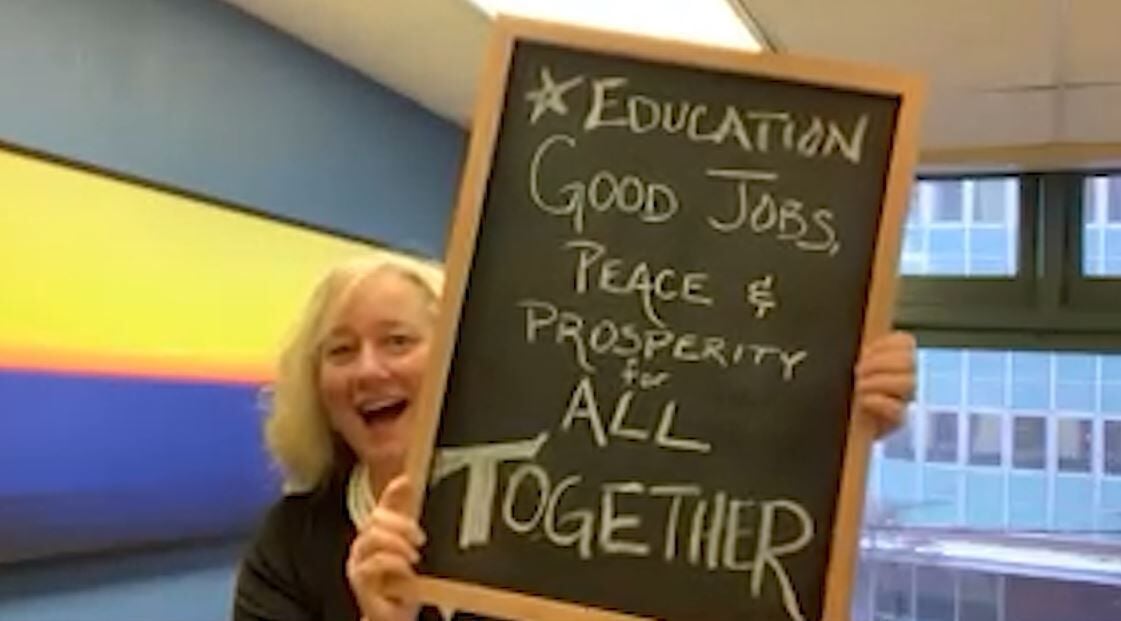 LouAnn Hansen holds up her inauguration message on her back deck in Lolo.

MISSOULA, Mont. – With people being asked to stay home from the inauguration ceremonies, today’s events will prove to be unlike any other. However, Montanans are still finding a way to get involved in the festivities, even from thousands of miles away.

The Biden Inaugural Committee reached out on twitter and asked people to send in video messages for today’s inauguration. The goal is to engage more Americans than ever before. The committee asked people to write a short message on a sign telling their vision for America, the importance of unity in the country or words of hope for the new administration. Then, participants recorded a video of their sign in a place that means something special.

LouAnn Hansen sent in a video from her back deck, complete with a sparkler. She said while Montana only has three electoral votes and it may not seem like much, it’ll be cool to still be represented.

“Darn it, we’re out here… we matter, Montana matters,” Hansen said. “I think it’s important that on the national scene, they see Montana.”

State Sen. Shannon O’Brien sent in a video saying she’s hopeful for America’s education. She said she’s excited to see messages from all over the country.

“I think that it’s important that all of the United States is represented,” O’Brien said. "We live in a phenomenal, amazing country that is so culturally diverse and rich. Montana and the Rocky Mountains are a really important part of that."

The videos will be played throughout the ceremonies and celebrations.

From Disney on Ice to grizzlies on ice: how two professional ice skaters ended up at UM

'Feasting in the Falls' driving people to more local restaurants

Bridger Foothills Fire six months after, what we learned and can take into the next fire season