MISSOULA - Newly released court documents are providing additional details in the ATM explosion at a Missoula bank on Thursday.

Guy Murray Culligan, 57, is charged with felony arson and felony possession of a destructive device, after prosecutors say he exploded an ATM at a First Security Bank location in Missoula near Broadway and Madison.

Court documents say police and fire personnel were called to the area around 10:45 AM Thursday, after a caller told 911 they heard an explosion. The witness said they saw an older man pour gasoline on the ATM, throw lighted material at it, and then the machine exploded.

The explosion reportedly blew out the windows in the minivan the man was driving.

Police found the van near the Missoula County Courthouse on Pine Street. They identified the driver as Guy Culligan. Police say Culligan's facial hair was singed. They also found a pipe bomb and an ATM keypad in the van, according to court documents. 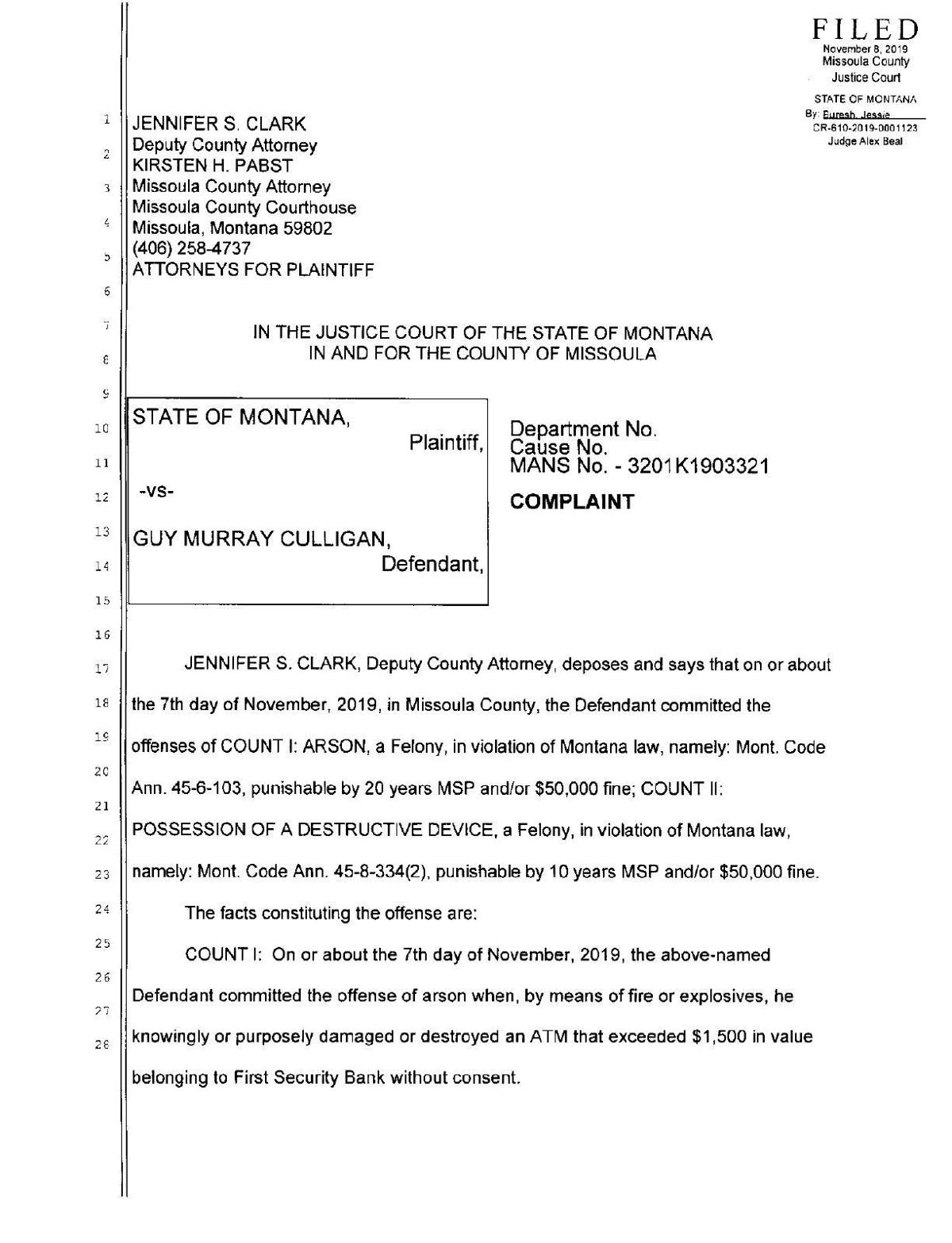 Culligan reportedly told police the ATM seized another person's bank card and he was trying to use it to get cash. He told police he purchased $1.00 of gasoline and drove to the bank with the purpose of setting the ATM on fire, according to court documents.

Court documents say Culligan told police the pipe bomb was built by someone else years ago and that he put it in his van to possibly use it to explode the ATM.

Culligan is expected to appear in Missoula County Justice Court on Friday afternoon.

Woman being questioned as investigation continues into Butte man's death

MISSOULA - The Missoula Police Department is responding to an  explosion that happened at the First Security Bank drive-thru ATM on the 500 block of E. Broadway around 10:45 AM Thursday.