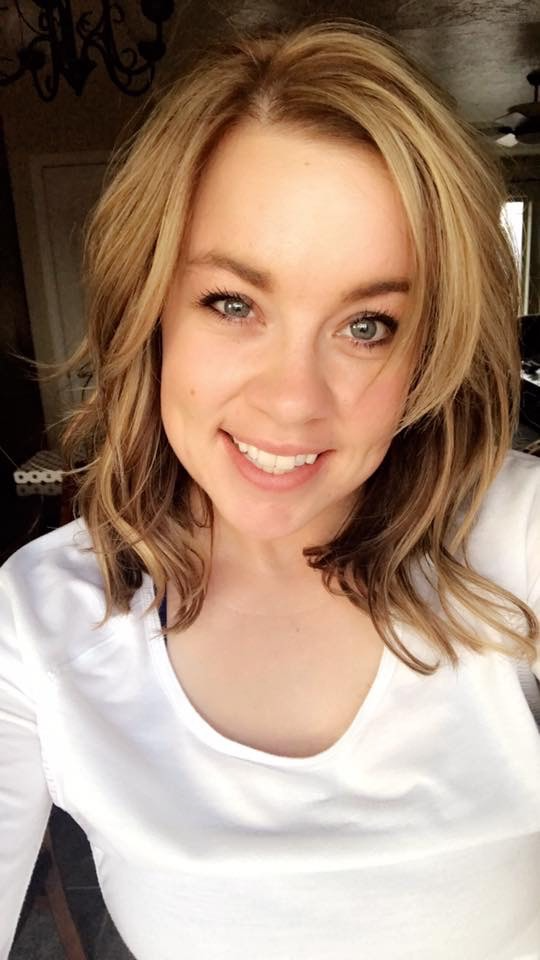 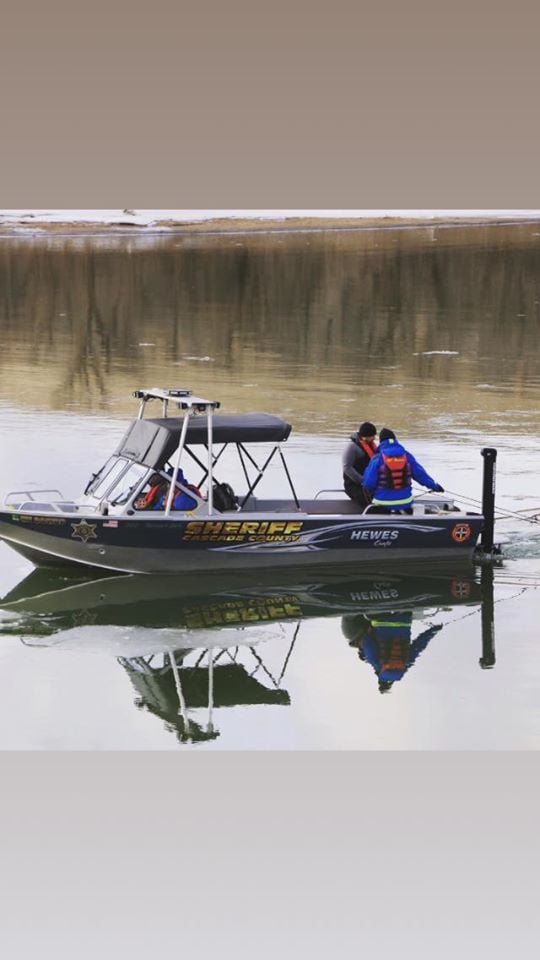 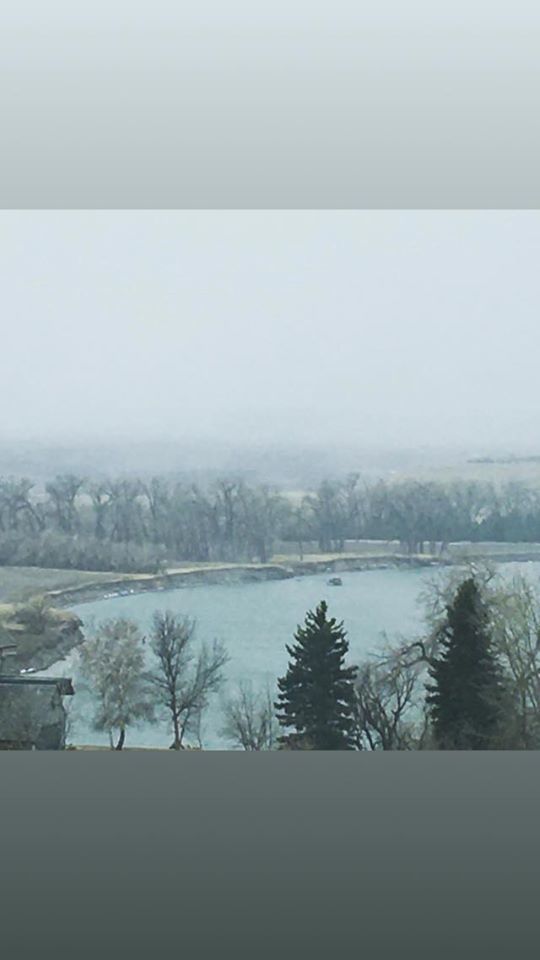 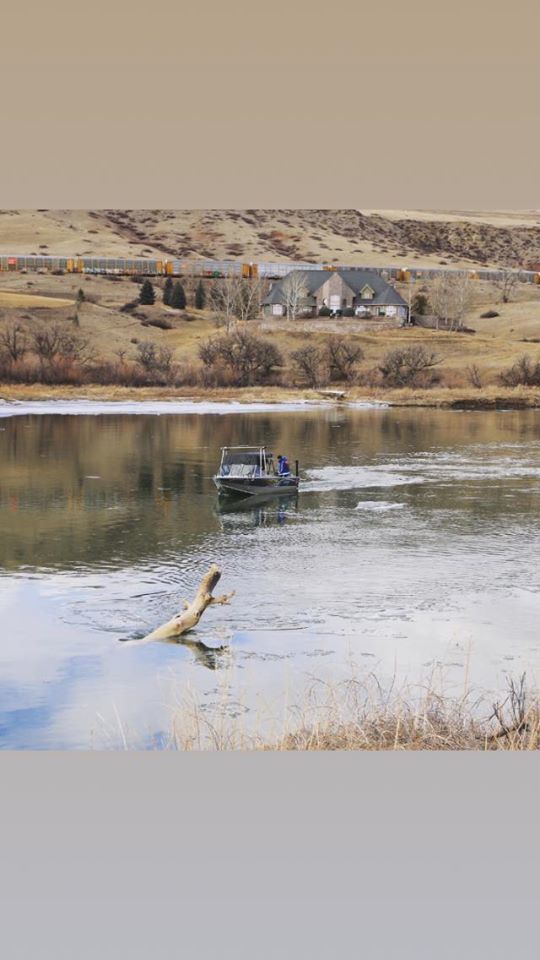 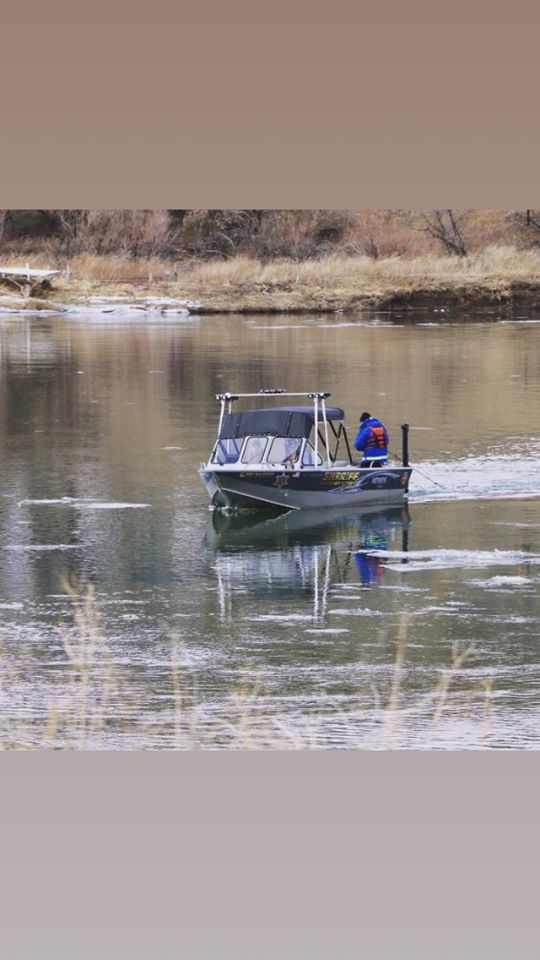 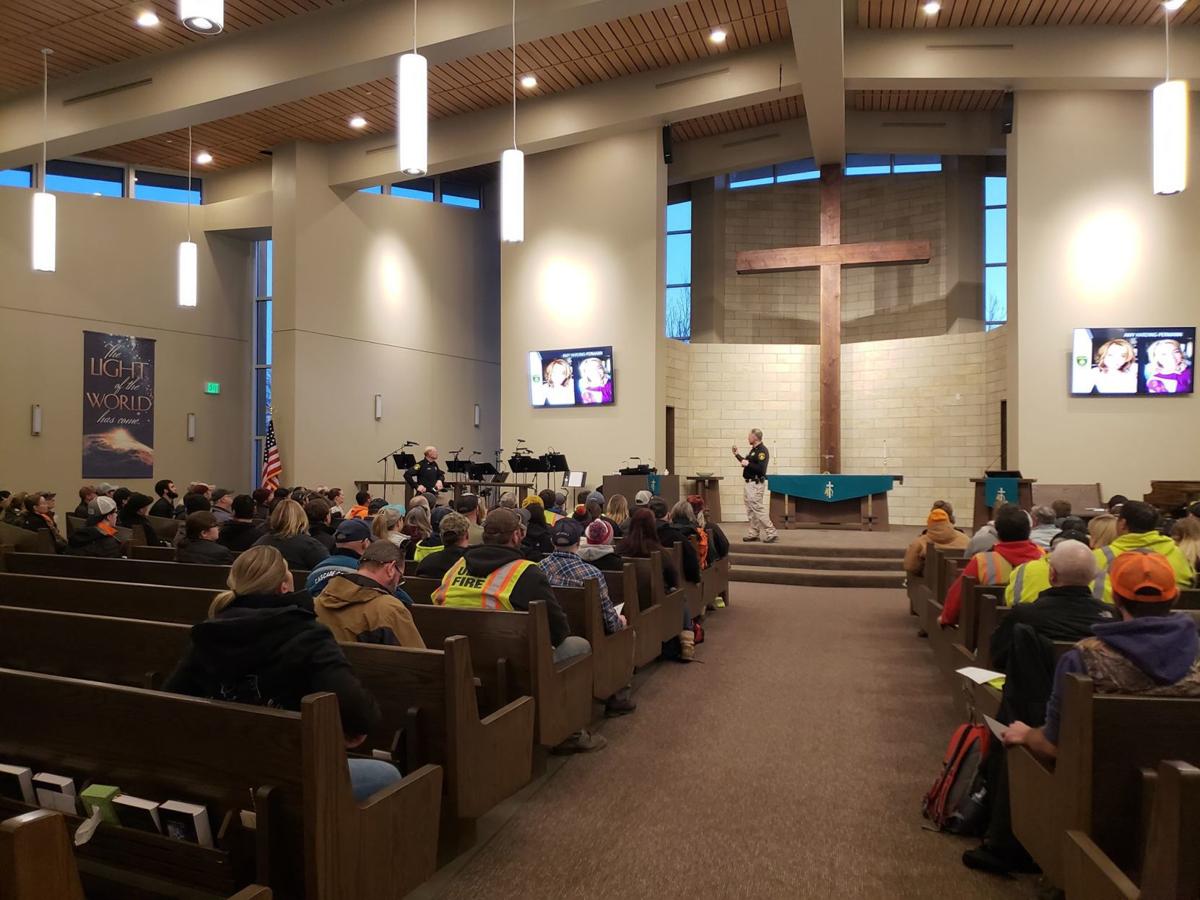 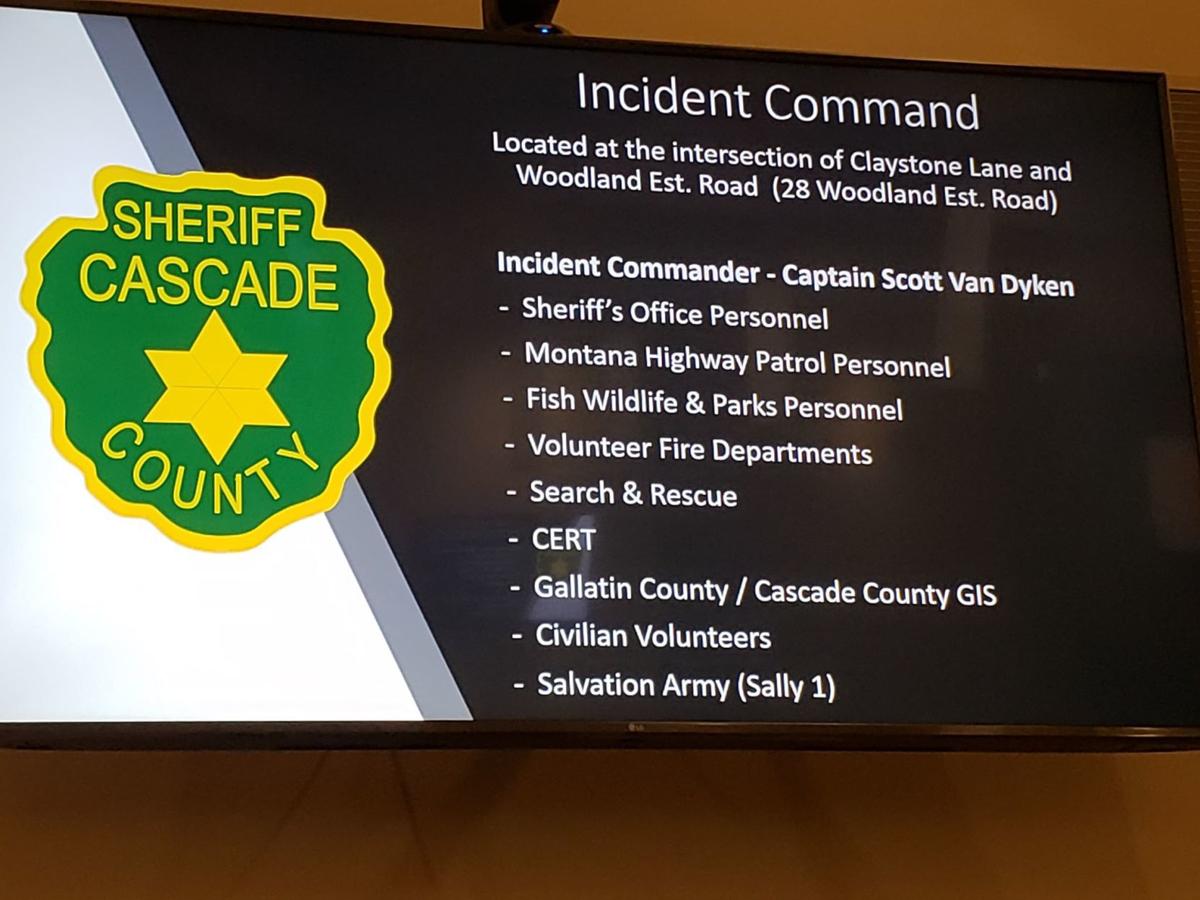 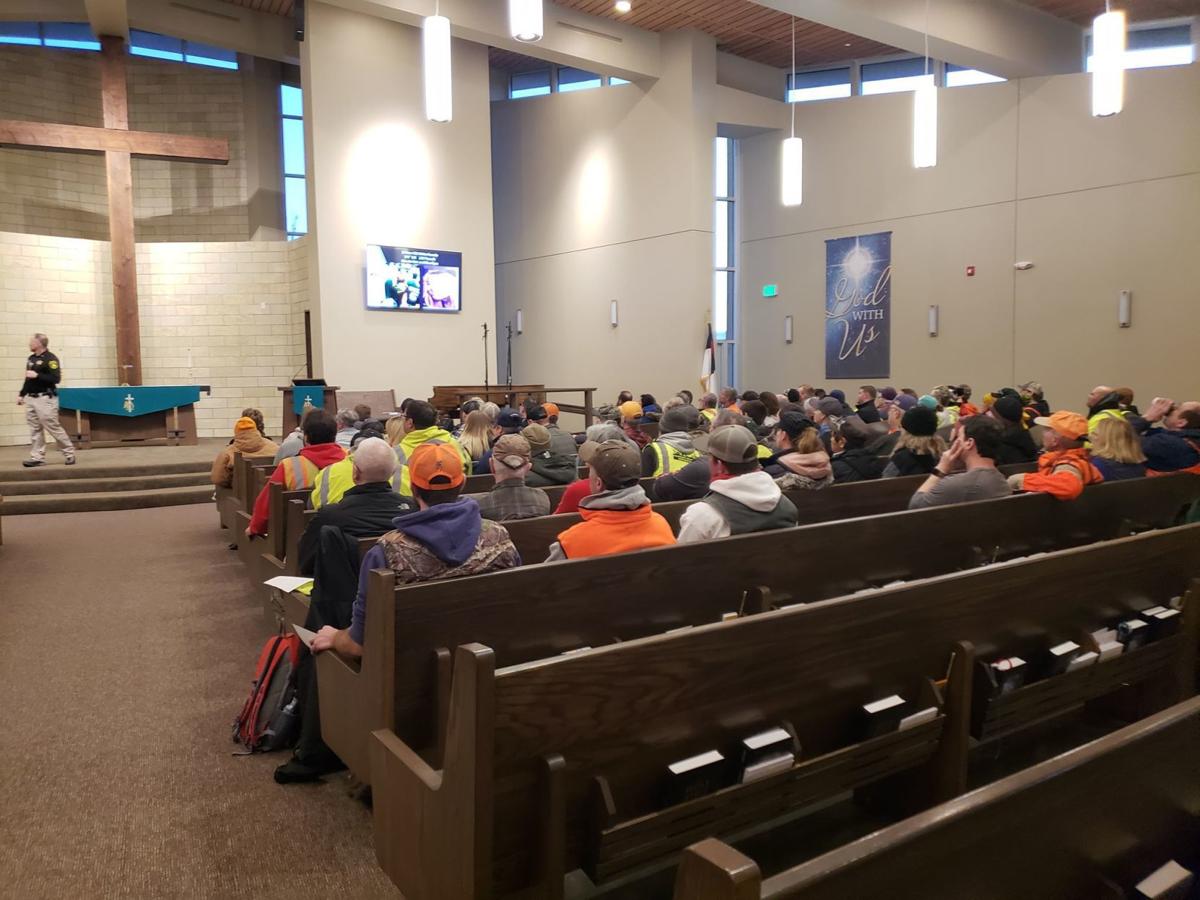 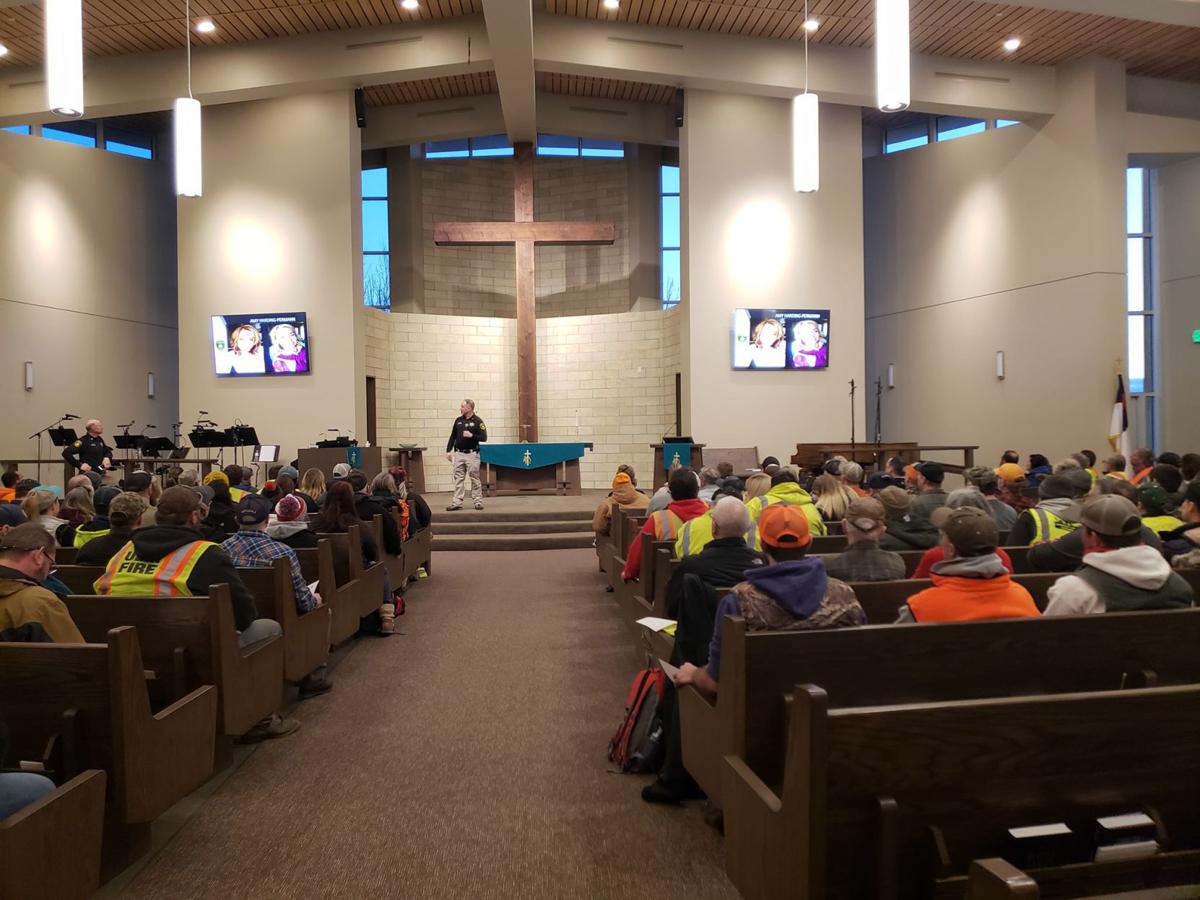 UPDATE (2/23/2020 5:25 pm) - Rescue crews took to the Missouri River Sunday, as they continued their search for 34-year-old Amy Harding who went missing in late January.

Deputies with the Cascade County Sheriff's Office (CCSO) took off by boat early in the morning, driving with a side-scanning sonar to look in parts of the river near Amy's home on flood road.

These are the latest efforts to find Amy following a helicopter search last night, according to Sheriff Jesse Slaughter. The attempts come after snowy weather forced law enforcement to hold their search last week.

According to the log, at 8:20 pm on January 26, VanGilder said his girlfriend was intoxicated, ripped his shirt and keeps jumping on him.

Search and rescue was on stand by for a possible ice rescue at 9:35 pm.

At 10:46 pm search and rescue deployed a man to cross the river and make sure it was safe before escorting an officer over to check out the island on the river, several officers coming off the island at 2:03 am.

Officials left a voicemail on Amy’s phone at 10:55 pm.

Police were asked to check an address on 15th Street south to see if Amy had made contact with another woman at 11:48 pm. The log says five minutes later at 11:53 pm the last time they tried to contact the woman they were uncooperative. At 11:54 pm, they called the woman and she seemed like she was not too concerned.

Homeland Security was asked to fly by with a thermal imager, but they were unable to fly because their helicopter was in maintenance.

Amy was entered as a missing person at 3:58 am.

Officers checked several addresses for Amy, all being cleared.

An officer contacted Benefis at 8:35 am and learned Amy did not show up for work.

Multiple agencies have since been searching for Amy, the search being put on hold last week due to weather.

A helicopter search for Amy is planned for this weekend according to Cascade County Sheriff Jesse Slaughter.

The Cascade County Sheriff's Office is now revamping its search for Amy Harding. Due to the snow last week, investigators had to put a halt on their search.

Now that things have cleared up, the search will continue this weekend.

Cascade County Sheriff Jesse Slaughter says that they will have a helicopter search either Saturday or Sunday, along with other follow up searches.

Right now dozens of agencies are continuing to work with the CCSO to help find Amy.

Cascade County Sheriff Jesse Slaughter says he wants to continue the search, but he does not want to put the public at risk.

Right now this is a day-to-day decision and the search will continue once the weather clears up.

GREAT FALLS -The Cascade County Sheriff's Office is searching for Amy Elaine Harding (AKA Permann), a 34-year-old Great Falls woman who is an OR nurse at Benefis Hospital.

Cascade County Sheriff Jesse Slaughter says Amy got into an argument with her boyfriend, John VanGilder and assaulted him before leaving the house on Flood Road.  VanGilder told police she was not dressed for the weather as she was only wearing a long sleeve t-shirt and yoga pants.

Amy was last seen leaving her residence at 343 Flood Road on foot wearing black yoga style pants and a long-sleeve T-shirt around 8:30 p.m. She was headed southeast towards the Missouri River.

On January 27, Slaughter said they called out Search & Rescue, Great Falls Police Department, and Malmstrom AFB to aid in the search overnight.

That morning, they deployed their K-9 units to assist as well.

Sheriff Slaughter asked that the public stay away from the area on Flood Road.

The night of January 27, Sheriff Jesse Slaughter tells KFBB they have reduced patrols down to one person because if Amy is anywhere in the area, they believe she must be inside.

Slaughter held a press conference on the morning of January 28, saying they were planning on a search the next day for the public to help in the search for Amy.

Before the search, a briefing was held for community volunteers at the Faith Lutheran Church at 7:30 am.

Sheriff Slaughter said during the briefing he wasn't surprised by the large turnout of roughly 170 people. The group was broken into roughly 14 teams and then dispatched to a large search area.

Some of the organizations involved were Cascade County Sheriff's Office, Montana Highway Patrol, Malmstrom, Sally 1 from the Salvation Army, Fire Fighters from Volunteer Fire Departments Search & Rescue, CERT, Gallatin / Cascade County GIS, along with all of the civilian volunteers.

Sheriff Slaughter said that by 2:00 pm January 29, civilians were released from the search because the areas they wanted to search were covered thanks to the amount of resources they had. Slaughter said a community search could possibly resume in the future but for now, another law enforcement only search was conducted that he says is still ongoing at the time.

Slaughter also said that they have narrowed down and confirmed some leads they had in the investigation, adding they are purposely not telling the public certain information because they want to keep it for themselves in case the investigation becomes a criminal investigation.

The Cascade County Sheriff’s Office shared another update on January 30, saying they’re still searching for Amy and they are currently bringing in multiple resources from multiple agencies to assist.

Slaughter did not give a comment on what agencies are assisting them or how they’re being assisted because of the “integrity of the investigation.”

Slaughter did say he hopes to release more information sometime the next week.

On February 8, Cascade County Sheriff’s Office Detectives and Search and Rescue were out on the water looking for Amy.

CCSO shared to their social media, “Undaunted by high winds and cold temperatures; CCSO Detectives and Search and Rescue continue to search for Amy Harding.”

If you have any information about Amy's whereabouts please contact the Cascade County Sheriff’s Office at 406-454-6979.

This is a developing story and we'll continue to update it as more information becomes available.