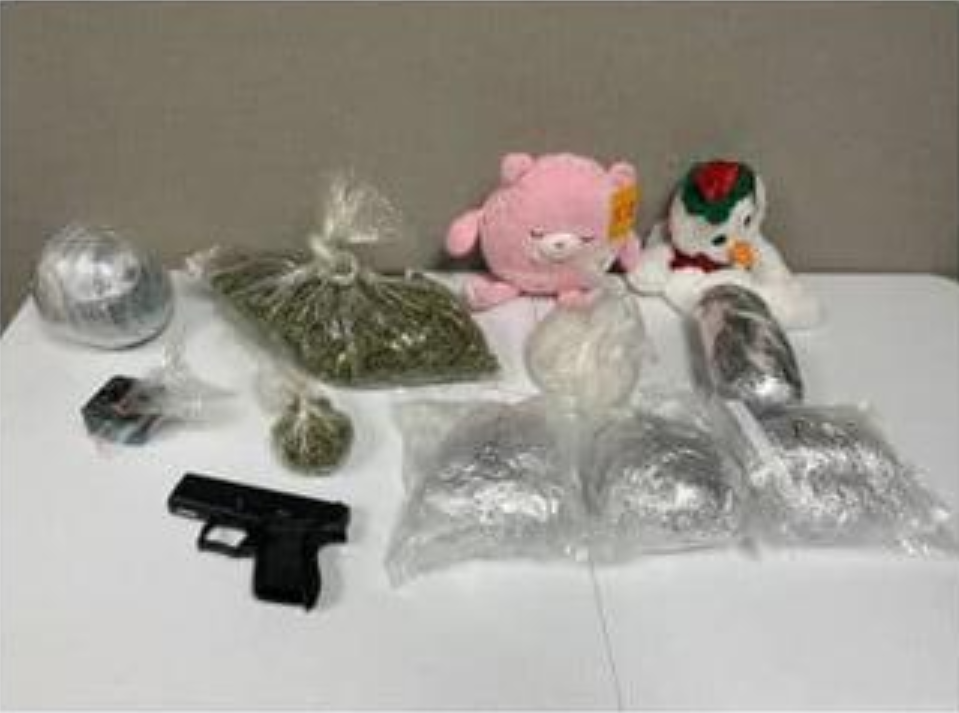 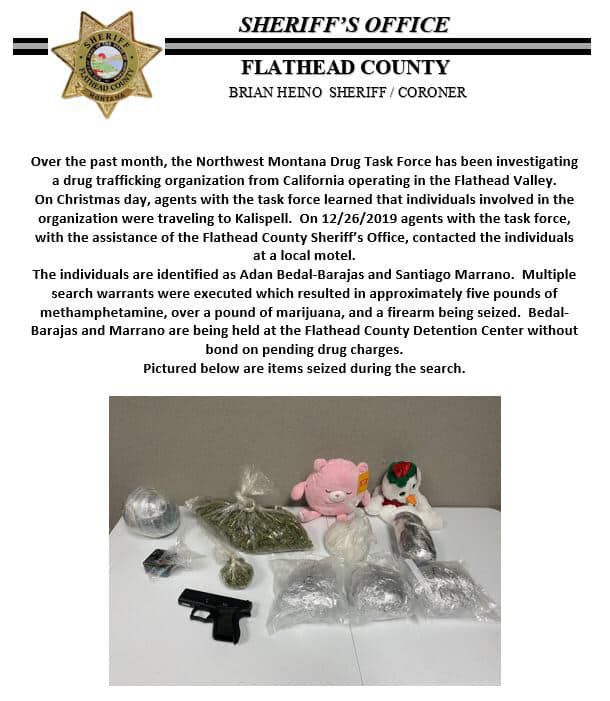 KALISPELL- The Flathead County Sheriff’s Office shared a picture of items seized during a search of a motel room in Kalispell Thursday, December 26.

According to FCSO, the Northwest Montana Drug Task Force had been investigating a drug trafficking organization in California operating in the Flathead Valley.

Agents with the task force learned on Christmas day that individuals involved in the organization were traveling through Kalispell, and the next day, the agents and the FCSO contacted the individuals at a local motel.

Multiple search warrants were executed and officials seized about five pounds of methamphetamine, over a pound of marijuana and a gun.

FCSO says Adan Bedal-Barajas and Santiago Marrano were identified as the individuals and are being held at the Flathead County Detention Center without bond on pending drug charges.

Bozeman Rabbi making Passover a reality from a distance