The Coroner's Office says the cause of death was a stab wound in the chest. 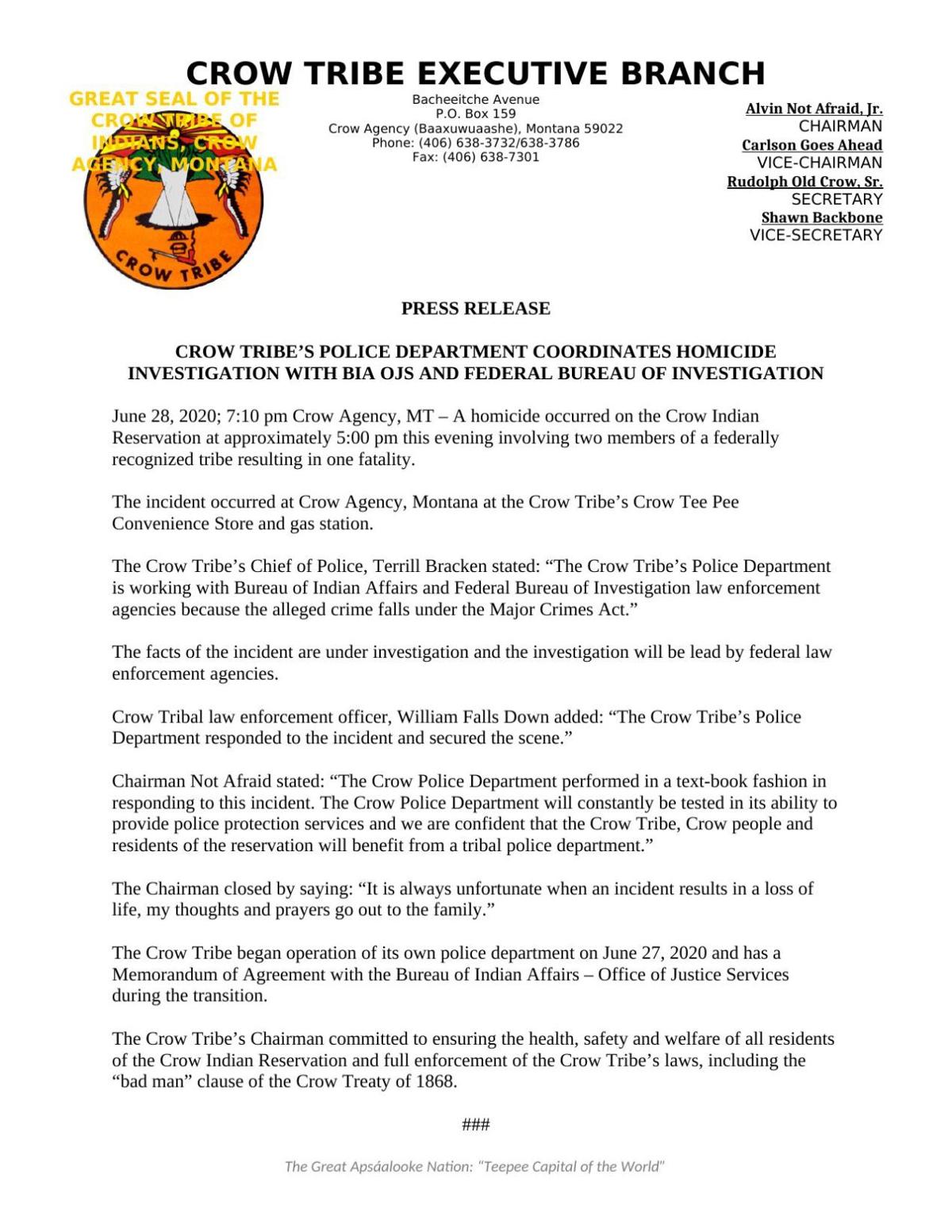 The Crow Tribe’s Chief of Police, Terrill Bracken stated: “The Crow Tribe’s Police Department is working with Bureau of Indian Affairs and Federal Bureau of Investigation law enforcement agencies because the alleged crime falls under the Major Crimes Act.”

The Chairman closed by saying: “It is always unfortunate when an incident results in a loss of life, my thoughts and prayers go out to the family.”

The Crow Tribe began operation of its own police department on June 27, 2020 and has a Memorandum of Agreement with the Bureau of Indian Affairs – Office of Justice Services during the transition.

Musselshell County left with two vacancies on Board of County Commissioners