RED LODGE, MT - The Carbon County prosecutor’s office is declining to pursue charges against the person accused of shooting and killing a Billings man in April.

In a letter to Carbon County Sheriff Josh McQuillan, County Attorney Alex Nixon says the shooting death of Chadwick Gene Rockman was a matter of self-defense.

Nixon also says that the facts of the case do support convening a coroner’s inquest.

Rockman died after being shot at the Lake Fork Trail on April 8. The shooter and his wife told police that Rockman was shot and killed after attacking them with a club.

You can read the full letter below. 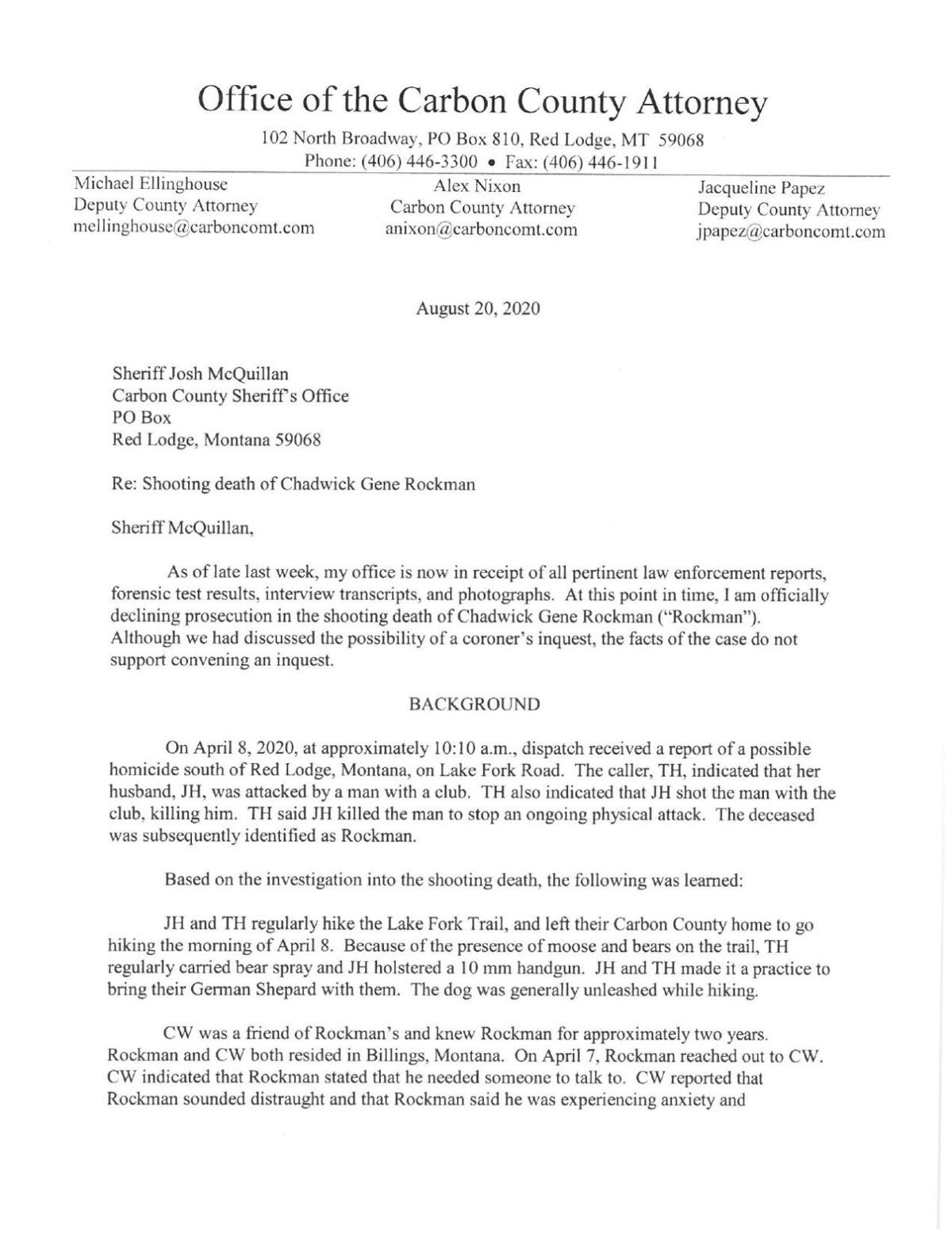