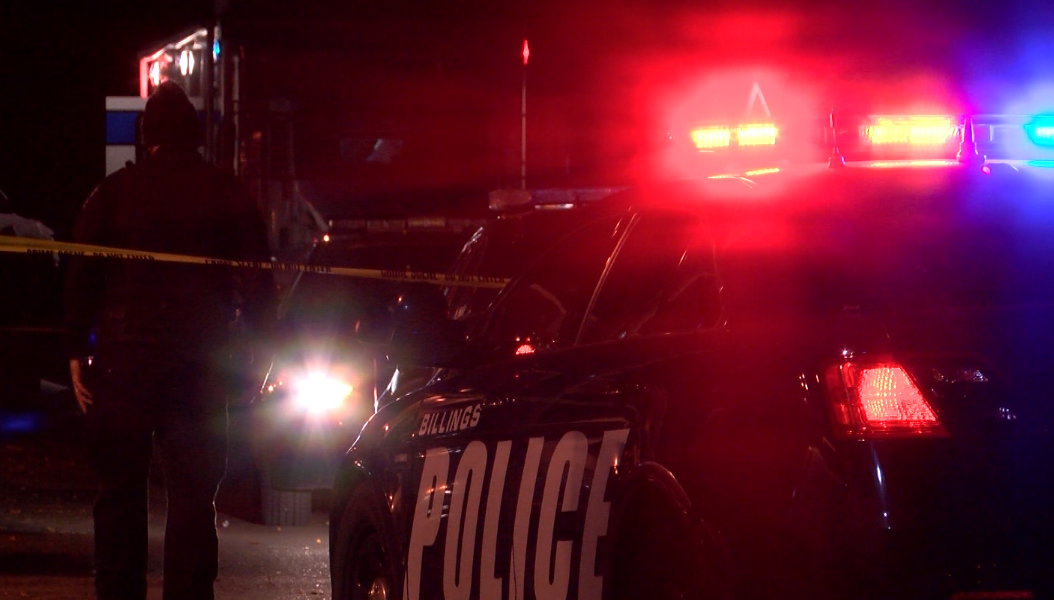 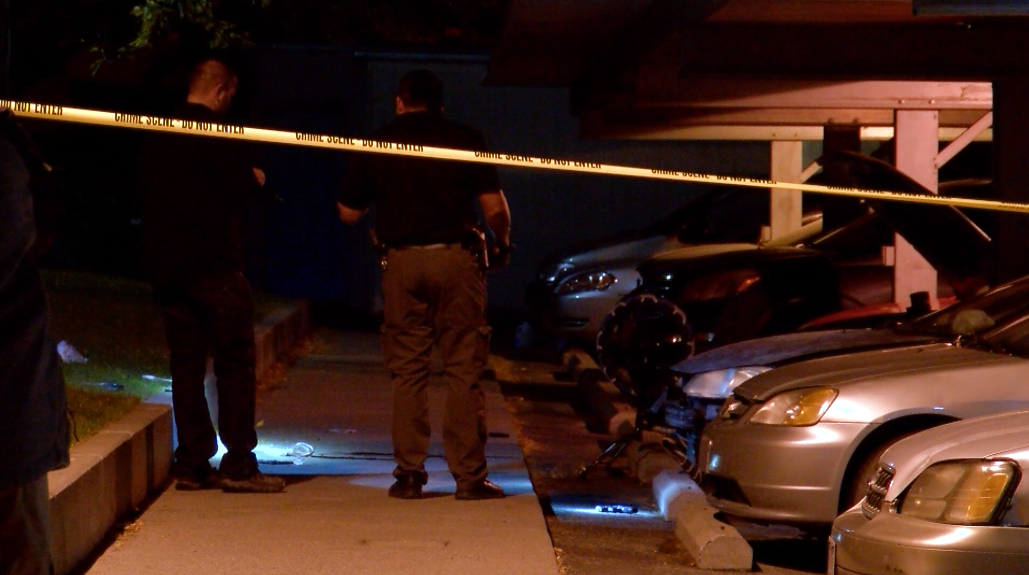 Dawn Miller says she was at the location Monday night visiting her mother when police engaged 29-year-old Cole F. Stump.

Miller says she heard Stump threaten to kill police if they touched him and witnessed as Stump pulled a gun and fired a shot before police returned fire.

Miller says, "I can still see every time I blink my eyes, I see the flashing of the bullets, it just all happened so fast. When I heard the bullets coming, saw the bullets and heard them, I come back up here and ran inside."

Miller says that a neighbor of her mother called police because she thought the three people in the parking lot may have been syphoning gas from parked vehicles.

You can hear Miller's complete recollection of what happened in the video below.

The deceased is identified as Cole F. Stump, 29, of Box Elder.

The coroner determined that Stump died from multiple gunshot wounds. The coroner was not able to say how many times Stump had been shot.

Billings Police Chief Rich St. John stated during a press conference on Tuesday that two officers shot Stump after he pulled a gun and pointed it at officers.

Officers were responding to a call of suspicious activity Monday night in the area of 22nd Street West and Avenue C.

Chief St. John says the officers were among four officers responding to suspicious activity in an alley at 22nd St. West and Avenue C around 10:20 p.m. Monday.

The officers were led to the area following a report of suspicious activity.

Once on scene the officers located two vehicles and three men. One of the men was standing outside a vehicle when officers approached.

Chief St. John says the man was not cooperative leading to officers to try and get control of the situation by temporarily placing the man in handcuffs.

Chief St. John says that led to a struggle taking two officers and the man to the ground. The Chief says a third officer attempted to use a Taser on the individual without success.

The chief says that the man kept his hands pinned under his body and that at one point the man was able to pull a semi-automatic gun and point it at officers. An officer noticed the gun and called out a warning leading to officers Nelson and Bickford firing their own weapons multiple times.

Chief St. John says the officers immediately rendered medical aid and that the suspect was transported to an area hospital where he later died.

Police did determine one of the two vehicles had been reported as stolen.

As to the shooting, Chief St. John couldn’t say if the suspect fired at officers, he was also not able to say how many shots were fired by Nelson and Bickford.

St. John says none of the officers were wearing body cameras, however cameras within patrol vehicles were recording video and audio.

The shooting is being investigated internally. Once the investigation is completed the evidence will be turned over to the Montana Department of Justice and the Yellowstone County Attorney’s office for review.

BILLINGS, Mont. - A man was shot and killed during an altercation with Billings police officers on the West End Monday night.

Lieutenant Brandon Wooley with the Billings Police Department say officers were called to the 2200 block of Avenue C about 10:20 p.m. for reports of suspicious activity.

Lieutenant Wooley says when officers arrived, they found three suspects. When officers tried to detain one of the suspects, identified as a 29-year-old man from Box Elder, a physical altercation happened. During the altercation, two officers discharged their weapons. Police say the suspect suffered gunshot wounds and was taken to a local hospital, where he died.

No other injuries were reported in the incident. The investigation is ongoing.

Police Chief Rich St. John will hold a press briefing on the shooting this morning at 11:00 a.m. We will provide a live feed of the briefing on our website.

Check back for updates.

A voice for the fans: Spangle shares journey to Mustangs press box

Cornhole taking off across Treasure State

This week at the YAM: Artist in Residence: Keeara Rhoades