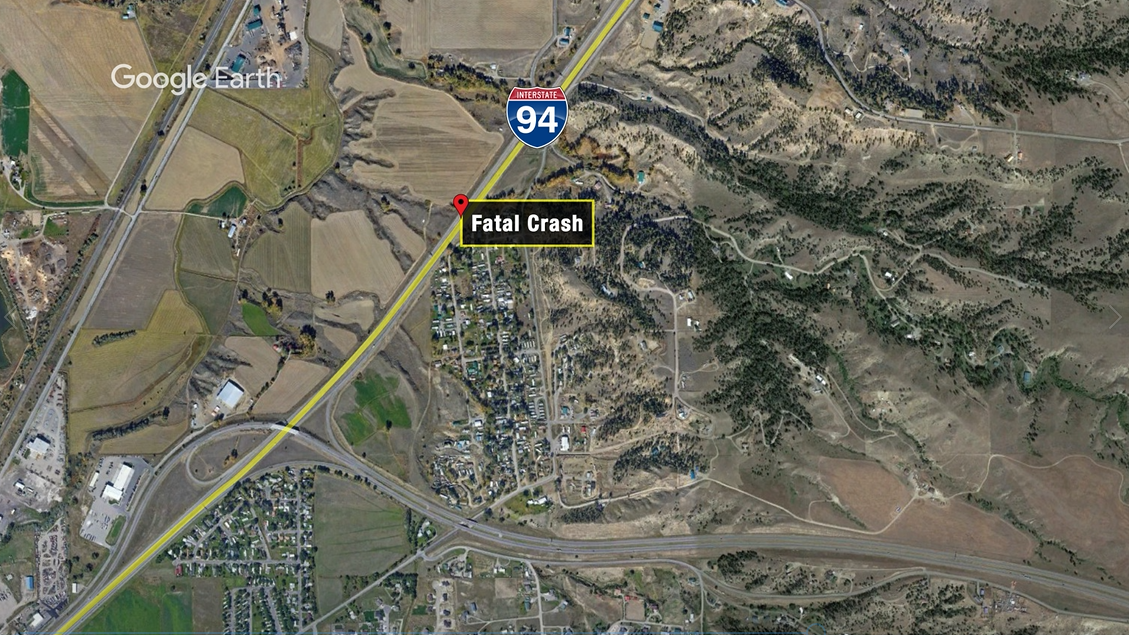 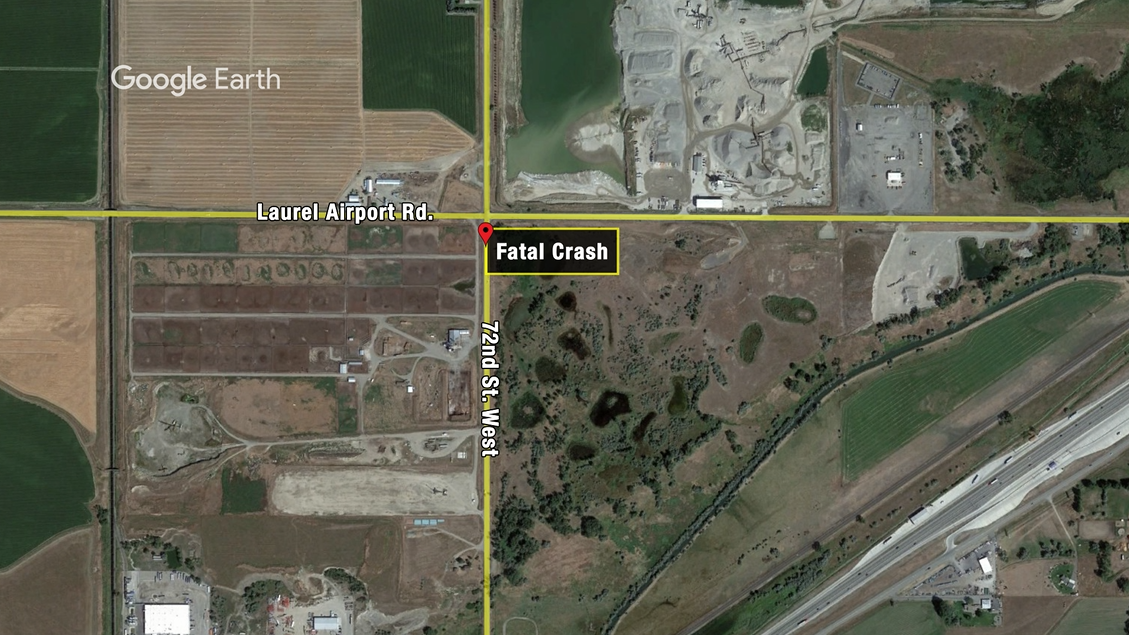 UPDATE: The Yellowstone County Coroner's Office identified the man killed in the I-94 crash as Toby Drennan, 47, of Billings.

The coroner also identifies the woman killed on 72nd and Laurel Airport Road as Marie Goldemn, 49, of Billings.  Golden was riding on the back of the motorcycle.

In both cases the person died from blunt force trauma sustained in the crash.

The first crash was reported about 8:50 p.m. on I-94, near Lockwood.  According to the Montana Highway Patrol, two vehicles were traveling west on I-94 at the time of the crash. MHP says a Dodge pickup was passing a Chevy Silverado on the left, when the pickup swerved into the right lane for unknown reasons. Both vehicles went off the road on the right side of the highway.

MHP says the pickup rolled multiple times and the driver, a 47-year-old man from Buffalo, Texas, was not wearing a seat belt and was partially thrown from the vehicle. MHP says he was pronounced dead at the scene.

The driver of the Silverado, a 32-year-old man from Billings, was wearing his seatbelt and was not injured. MHP says speed is suspected to be a factor in the crash.

The second crash was reported about 9:40 p.m. near the intersection of 72nd Street West and Laurel Airport Road.

Montana Highway Patrol says a Kawasaki motorcycle, was stopped at a stop sign when a Chevy Impala failed to slow down for the stop sign and hit the motorcycle from behind.

The driver of the motorcycle, a 47-year-old Billings man, was injured and taken to St. Vincent Hospital. A woman, who was a passenger on the motorcycle was pronounced dead at the scene, according to MHP.

MHP says neither passenger was wearing a helmet and speed is also suspected to be a factor in the crash.

"A fantastic young man on and off the field." Park City mourns death of Jed Hoffman

Heart of a Husky: Absarokee perseveres through season with small roster

'It's fast.' Bareknuckle Boxing debuts in Billings on Saturday