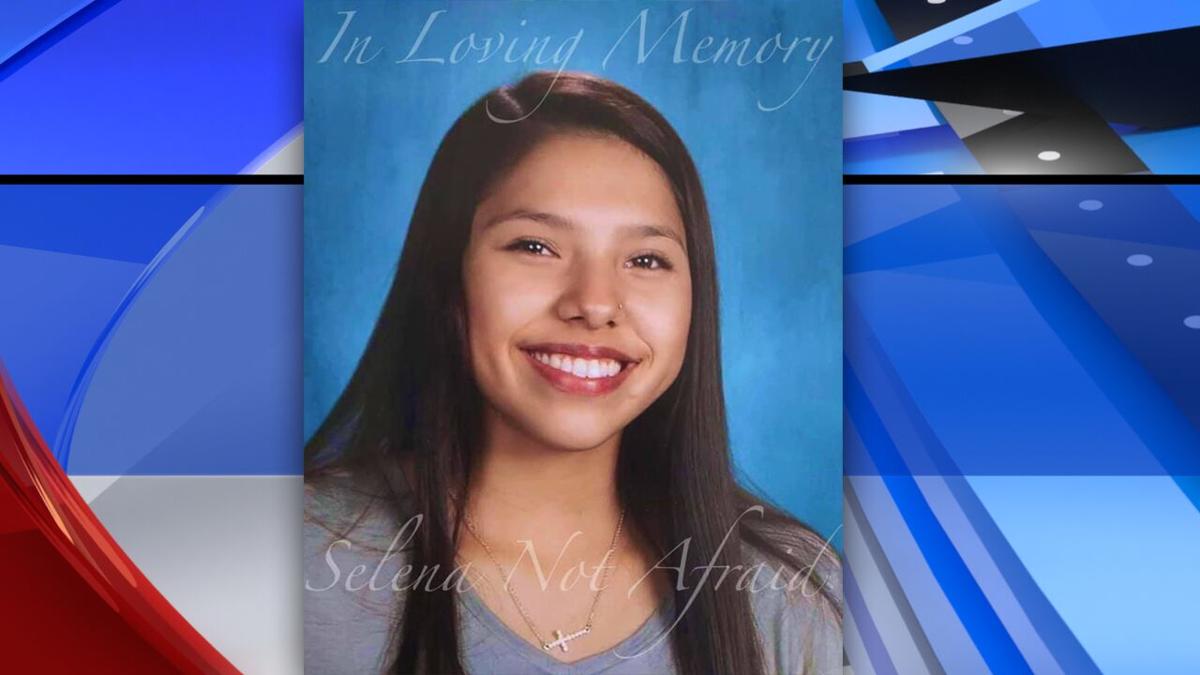 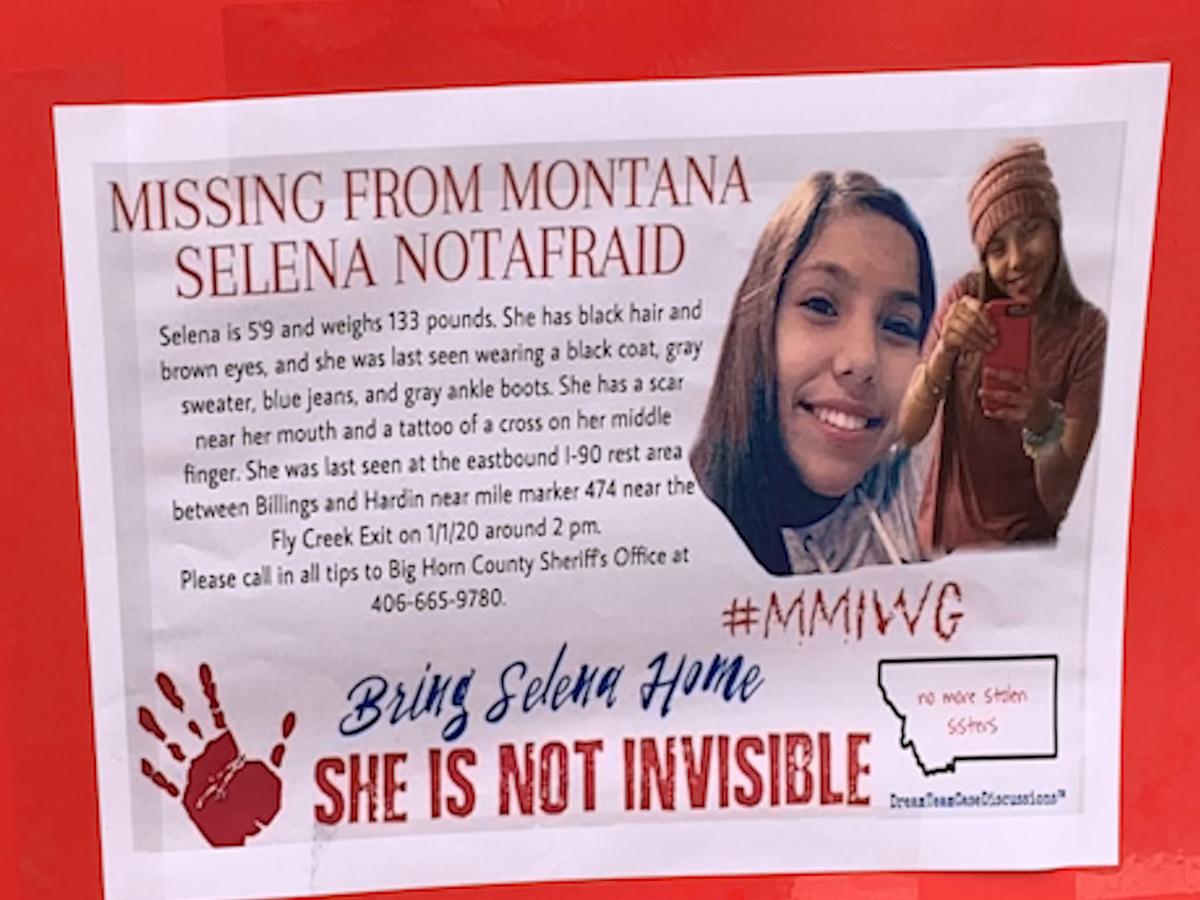 One year after she was reported missing, Selena Not Afraid's family might be closer to getting some closure and finding out exactly what led to her death.

In August of 2020 the Montana Department of Justice assigned two agents from their Department of Criminal Investigation to look into the death of 16-year-old Selena Not Afraid.

Since then, they've finished up part of their investigation and handed some of it off to the Billings City Attorney's office.

On Dec. 23, the attorney's office charged 20-year-old Diandra Pitman with endangering the welfare of children.

Court documents state Pitman invited Selena to a house party on Dec. 31, 2019 with the intended purpose of drinking alcohol.

Pitman said she passed out at some point the next day and when she woke up, Selena was gone.

Big Horn County Sheriff Lawrence Big Hair said Selena was on her way to Hardin on New Year's Day 2020 with a group of people.

They started having car trouble and pulled into a rest stop between Billings and Hardin on I-90.

Selena left the rest stop on foot, and the group of people she was with got the car running and left her and one other girl behind.

When other family members went to pick her up, she was nowhere to be found.

Selena was missing for almost three weeks before being discovered on Jan. 20, frozen to the ground less than a mile from the rest stop where she was last seen.

She died as a result of hypothermia and her death was eventually ruled accidental.

Selena's aunt, Cheryl Horn, said regardless of what the autopsy shows, the circumstances of her niece's death don't sit right with her, especially because of what she had already been through.

"Selena wasn't stupid. She's very smart. When that happened to her sister and to Preston, we spent all our time telling her about how to be safe. What to do, where to go, who to run to," Horn said. "So the fact that they tell me she ran into a field -- I don't believe that."

It is worth noting the charge filed against Pitman for endangering the welfare of children is a misdemeanor in the city of Billings.

The statute of limitations on the charge would have expired on Dec. 31, 2020, meaning if they didn't charge Pitman by then they would not have been able to charge her at all in this case.

Horn said the family understands time is needed in the course of these investigations, but the family is just glad there remains an ongoing inquiry into Selena's death.

On the next episode of Vanished: a Native American Epidemic, we will have more details on the investigation thus far and learn more about who Selena was to those who loved her.

The episode will be released on Tuesday, Jan. 5.

Investigation ongoing into Selena Not Afraid's death one year later

Montana athletes can suffer from mental health issues too