Governor Steve Bullock is continuing to work to and make his position on key issues known to the country as he continues is run for the oval office.

On Friday morning the Governor held a teleconference with members of the national media outlining his plan for public lands if her were to be elected president.

The following is a summary of the plan released by the Bullock campaign Friday Morning.

Helena, MT – In celebration of National Public Lands Day tomorrow, Montana Governor Steve Bullock rolled out a comprehensive policy plan to defend public lands from exploitation, expand access, and fight climate change. The plan is the first of Governor Bullock’s Great Equalizers — a series of policy initiatives that level the playing field to give every American a fair shot.

The policy package aims to harness our public lands to both fight climate change and spur economic development in rural communities — all while expanding access to a new generation of recreaters. Governor Bullock calls for net-zero emissions on public lands by 2030 and an expansion of clean energy projects — ambitious goals that will create thousands of green energy and restoration jobs in rural communities.

“Americans have always said our shared stewardship of our public lands is really one of our country's great equalizers — we all own them,” said Montana Governor Steve Bullock. “No matter where you live in this country, they provide opportunities for everyone. They really do represent a fundamental part of what it means to be an American.”

Highlights from the proposal: 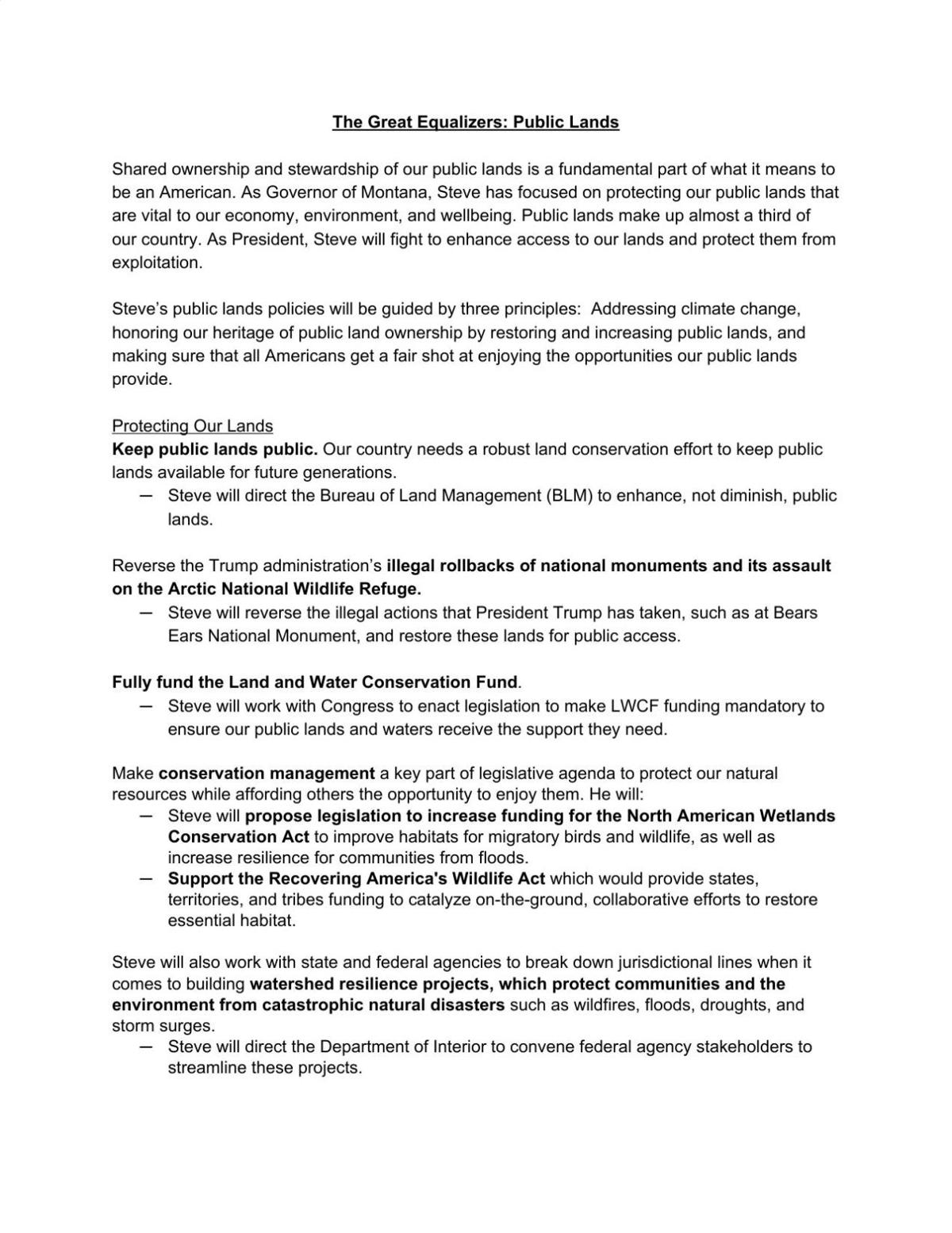