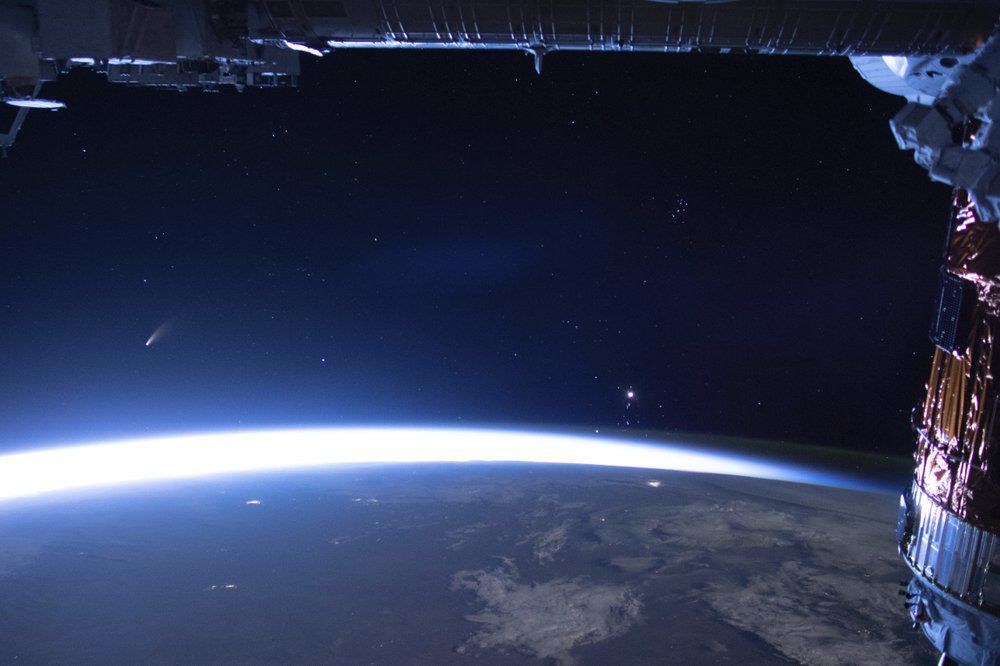 In this image released by NASA, Comet Neowise, left, is seen in the eastern horizon above Earth in this image taken from the International Space Station on Sunday, July 5, 2020. (NASA via AP) 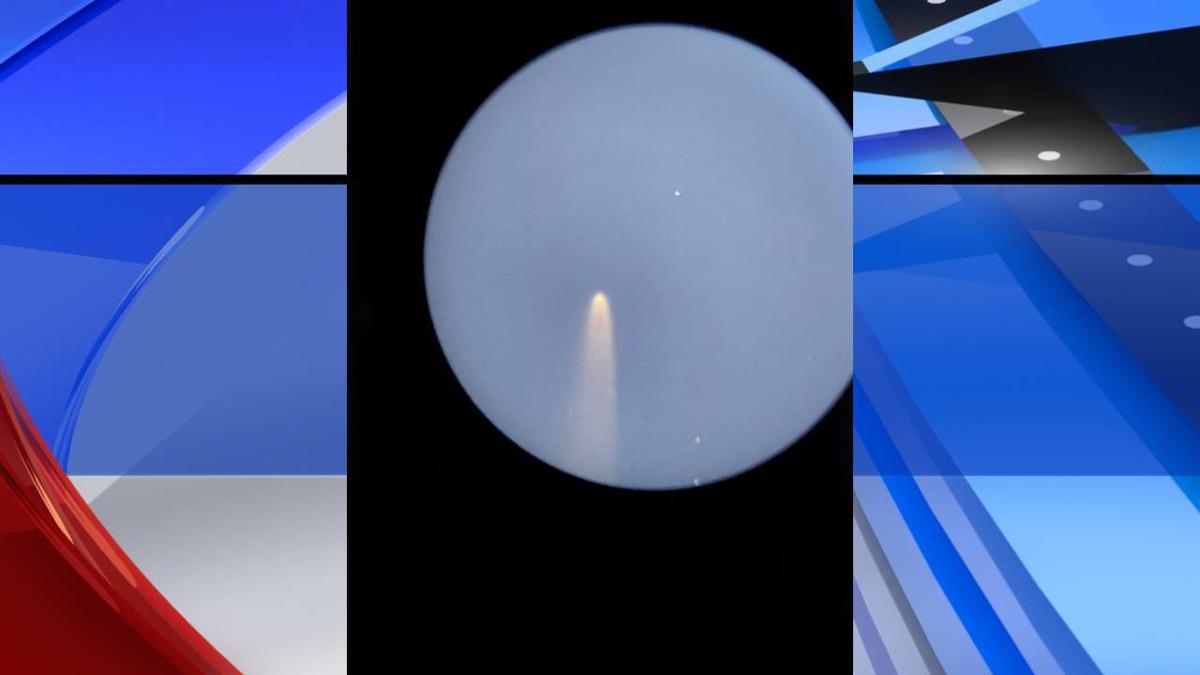 CAPE CANAVERAL, Fla. (AP) — A newly discovered comet is streaking past Earth, providing a stunning nighttime show after buzzing the sun and expanding its tail.

Comet Neowise swept within Mercury’s orbit a week ago. Its close proximity to the sun caused dust and gas to burn off its surface and create an even bigger debris tail. Now the comet is headed our way, with closest approach in two weeks.

Scientists involved in the mission said the comet is about 3 miles (5 kilometers) across. Its nucleus is covered with sooty material dating back to the origin of our solar system 4.6 billion years ago.

The comet will be visible around the world until mid-August, when it heads back toward the outer solar system. While it's visible with the naked eye in dark skies with little or no light pollution, binoculars are needed to see the long tail, according to NASA.

Astronauts aboard the International Space Station have already caught a glimpse.

NASA's Bob Behnken shared a spectacular photo of the comet on social media late Thursday, showing central Asia in the background and the space station in the foreground.

"Stars, cities, spaceships, and a comet!" he tweeted from orbit.

The Associated Press Health and Science Department receives support from the Howard Hughes Medical Institute’s Department of Science Education. The AP is solely responsible for all content.

Copyright 2020 The Associated Press. All rights reserved. This material may not be published, broadcast, rewritten or redistributed without permission.