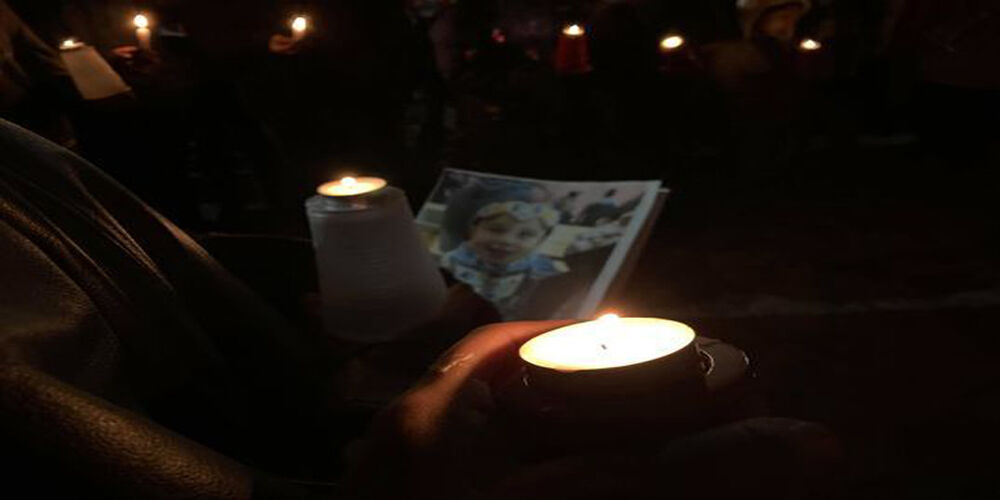 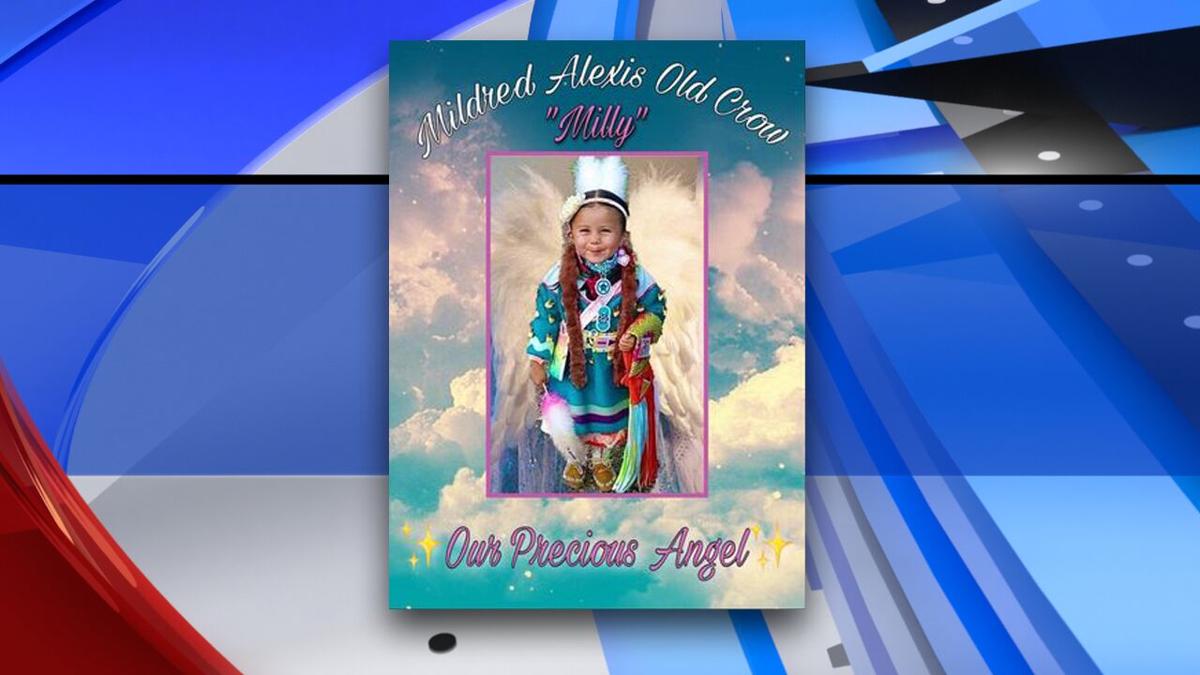 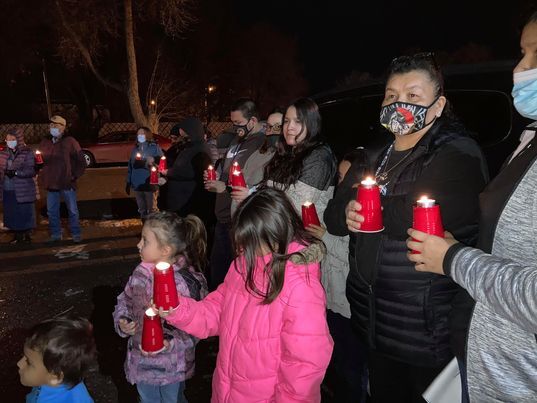 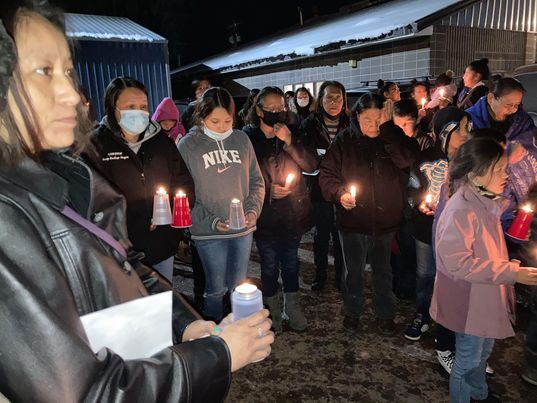 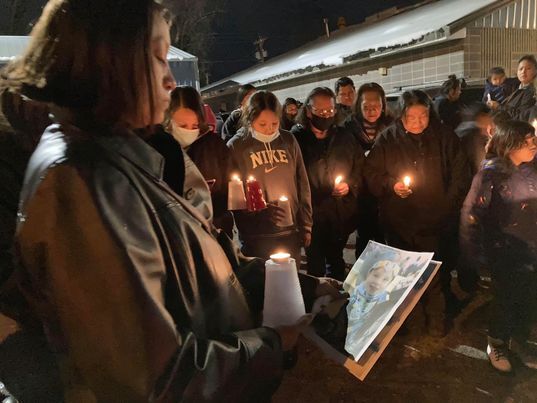 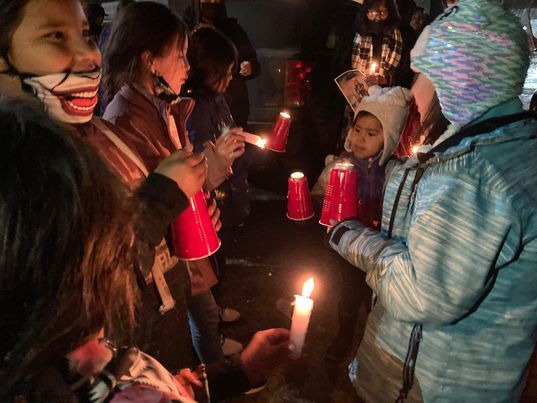 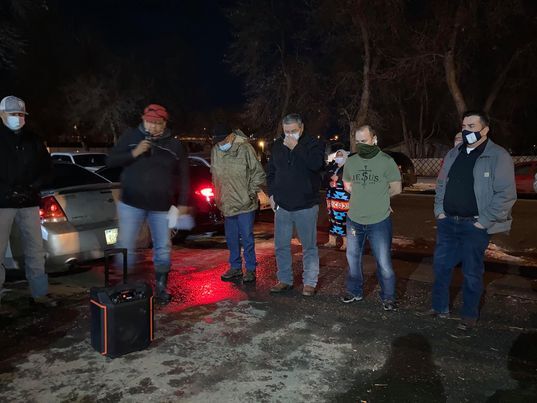 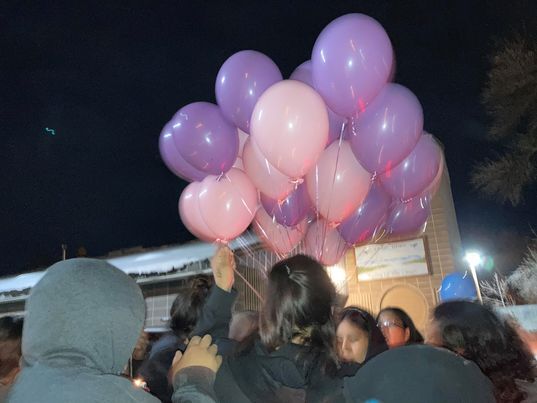 People gathered to honor the memory of eight-year-old Mildred, who has been missing for almost two years.

Someone who attended the vigil said the event was also attended by Crow Tribal Chairman Frank White Clay, Mayor of Lodge Grass Quincy Dabney and Speaker of the House Thomas Yellowtail.

They said the event started with an opening prayer by Pastor James Takes Horse, followed by a reflection of the life of Mildred by her uncle's Darrin Old Coyote and Sylvan "Buzzy" Covers Up. Both spoke about the investigation and autopsy, as well as how the family wanted to come together to remember the life of Mildred.

A Crow Spiritual Hymn was sung by the Black Whistle Singers and Mildred's uncles, followed by the lighting of the candles to honor Mildred.

Pink and purple balloons were released in Mildred's memory as well.

To close, a prayer was spoken in the traditional Crow language by nine-year-old Tyon Gros Ventre.

Last week, the body of a child was discovered on the Crow Reservation. The Big Horn County Sheriff's Office says all available evidence "strongly suggests" the body is Mildred Old Crow. However, DNA testing is being conducted to confirm the child's identity to the highest degree of certainty.

The incident remains under investigation.

Examination being conducted of body of child found on Crow Reservation

HARDIN, Mont. - The Big Horn Sheriff's Office says the available evidence surrounding the discovery of the body of a child found on the Crow Reservation "strongly suggests" the identity of the child to be Mildred Old Crow.

Pope touches down in Iraq

Asked and answered: When can my kids get the COVID-19 vaccine?

At least 10 rockets strike US airbase in Iraq (6 am)

At least 10 rockets strike US Airbase

Trailer full of donations set to make trek to Texas

Asked and Answered: When will Montana move into 1C?