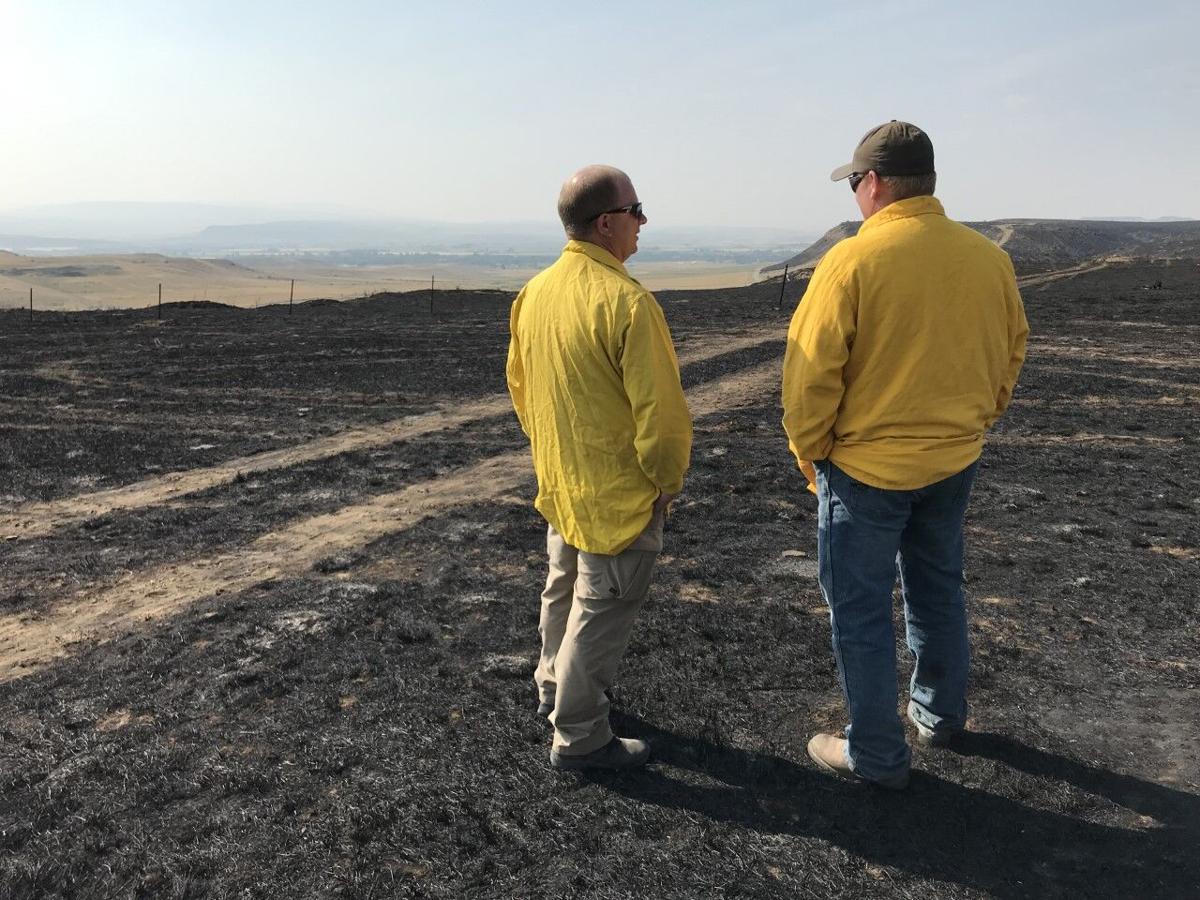 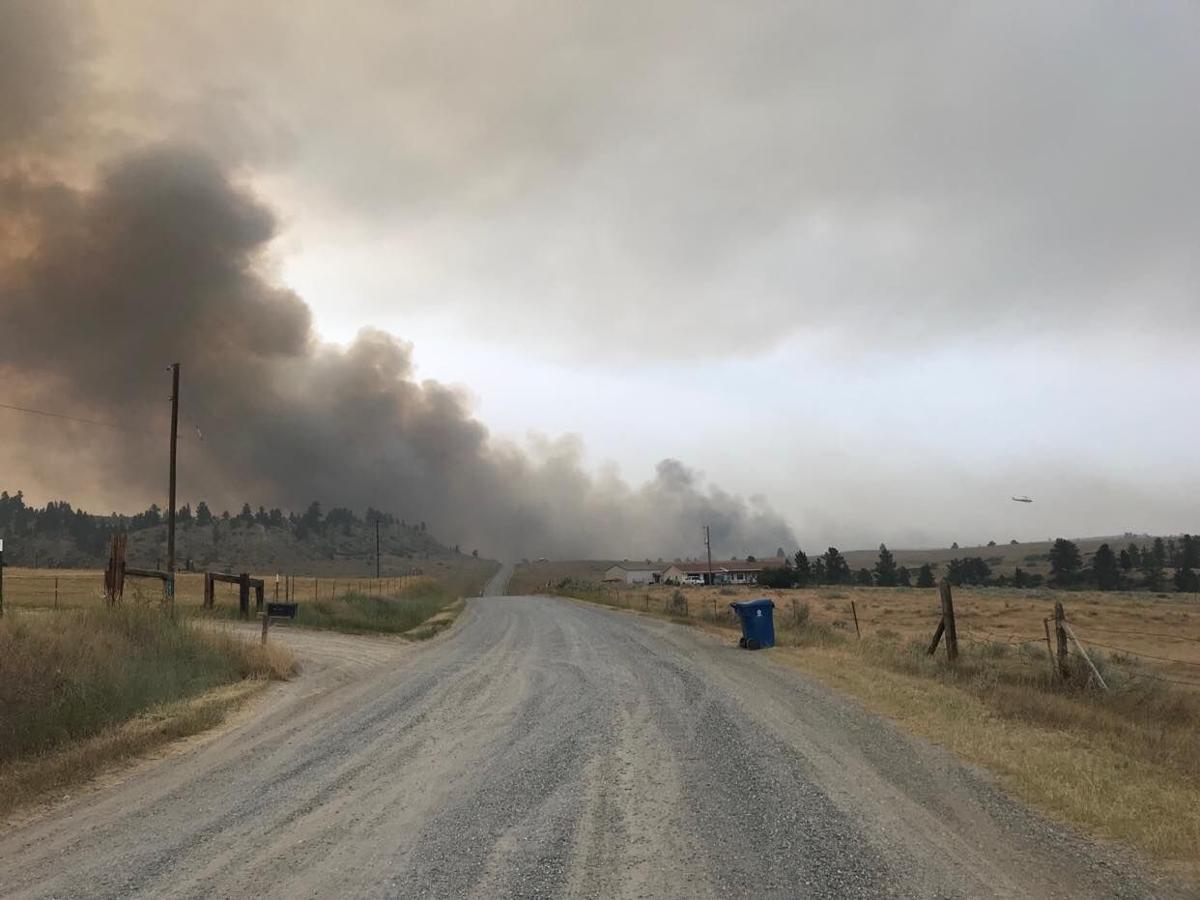 No structures were burned; however, a lot of pasture has been burned.

There is no update on the injured firefighter as of right now.

Fluctuating winds have been an issue.

Residents and landowners living along Cole Creek and Steen Rd. are able to re-enter the evacuation area according to an update from Carbon Alert.

Road closures in place for Cole Creek Rd., Stene Rd., all of Bellion Rd., Monahan Rd., and both entrances to Farewell Rd. have been lifted for resident and landowner access only the update said.

Emergency vehicles are still active and people are being asked to use extra caution when driving through the area while firefighters work to extinguish the fire.

As of Sunday evening, the Harris Fire is reported to be around 2,500 acres large and is about 25% contained.

Local and CAT fire crews continue to focus on building containment line, mopping up and monitoring hot spots within the fire’s perimeter.

Evacuation orders have been placed in the Cole Creek Rd. and Stene Rd. areas, affecting about 50 homes due to the Harris Hill Fire.

An update from Carbon County Disaster and Emergency Services says the Harris Hill Fire, burning near Joliet, has reached about 2,500 acres and is 0% contained.

Road closures are in place that includes Cole Creek Rd. from Highway 212 to Bellion Rd, all of Bellion Rd., and both entrances of Farewell Rd.

At this time no structures are reported to be lost.

Multiple local and regional resources have responded to the fire.

According to a Facebook post from Carbon Alert, evacuation warnings were given for the Cole Creek area from the intersection of Cole Creek Road and Bellion Road, down to Highway 212, along with homes off Stene Road.

Evacuation warnings are to advise people to prepare to evacuate, and watch for an evacuation order, which means residents should leave the area.

You are asked to refrain from using the areas of Cole Creek Road, Bellion Road, Farewell Road and Stene Road as these are priority for the fire crews.

JOLIET, Mont. - Evacuation orders have been put in place as fire crews battle the lightning-caused Harris Fire burning near Joliet.

Carbon County Sheriff Josh McQuillan tells us evacuation orders are in place for everyone from Highway 212 to Cole Creek Road to Bellion Creek Road.

The sheriff says a lightning strike on Harris Hill Thursday evening began to take off Friday afternoon which caused the fire.

Video of fire burning near Joliet

Bridger Foothills Fire evacuees open up about losing their homes