MONTANA - The plaintiff’s in the federal case, claiming Governor Bullock overstepped his authority by allowing counties to opt for all mail-in voting for the November 3rd general election have appealed their case to the 9th Circuit of appeals.

In their filing, the plaintiffs have asked the 9th Circuit to issue an emergency injunction, no later than October 8th to prevent mail-in ballots from being sent out to Montana voters on October 9th.

The case is on appeal to the 9th Circuit follows Judge Dana Christensen’s ruling Wednesday in favor of the Governor Steve Bullock supporting his decision to issue the order allowing counties to conduct an all-mail in election.

The plaintiffs argue that Montana law specifically does not allow for an all mail-in ballots for a general election and that the power to set election guidelines falls within the scope of the state legislature.

The plaintiffs also argue that because all Montana counties have some form in-person voting that an emergency does not exist due to the COVID-19 pandemic.

You can read the appeal filed with the 9th Circuit below. 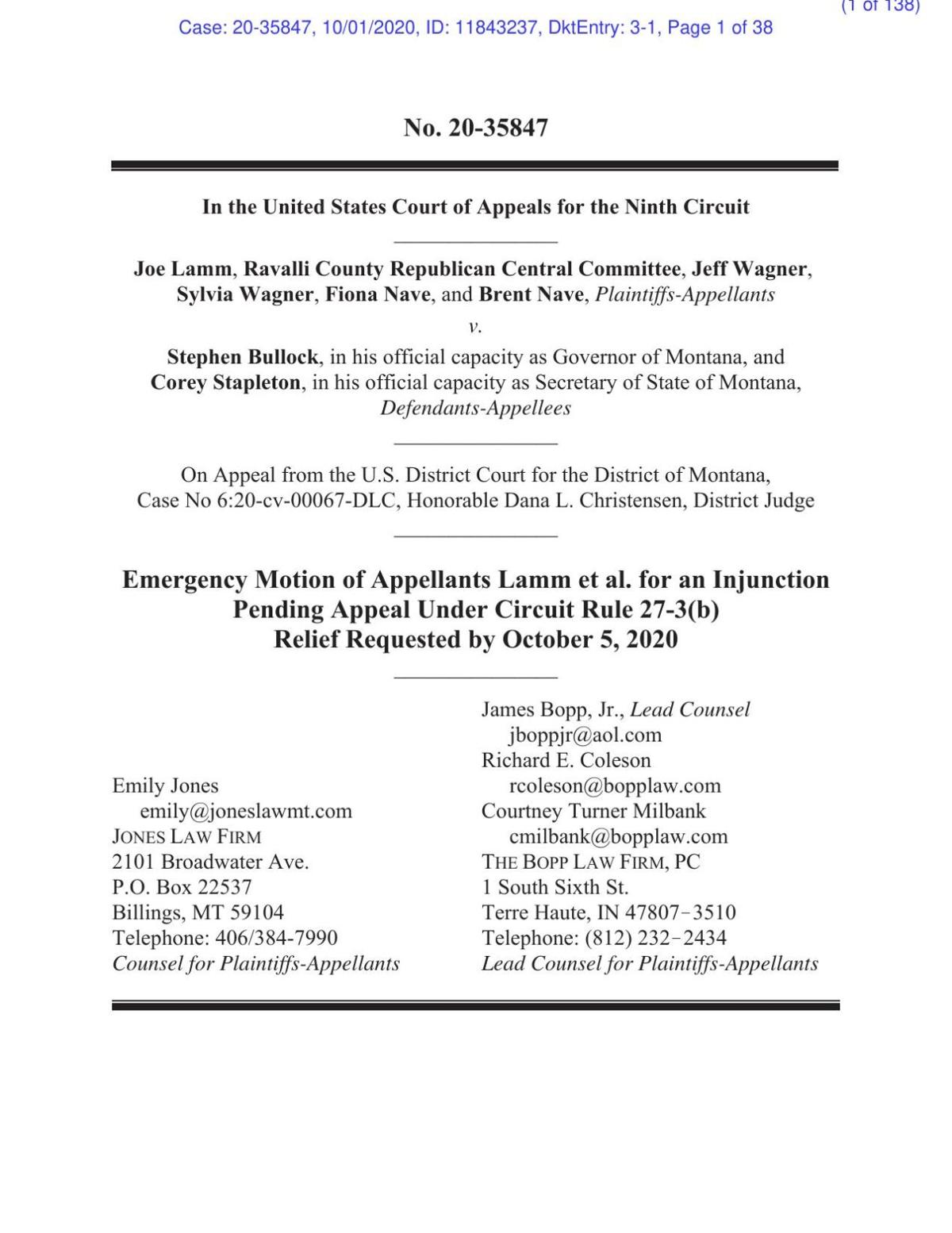