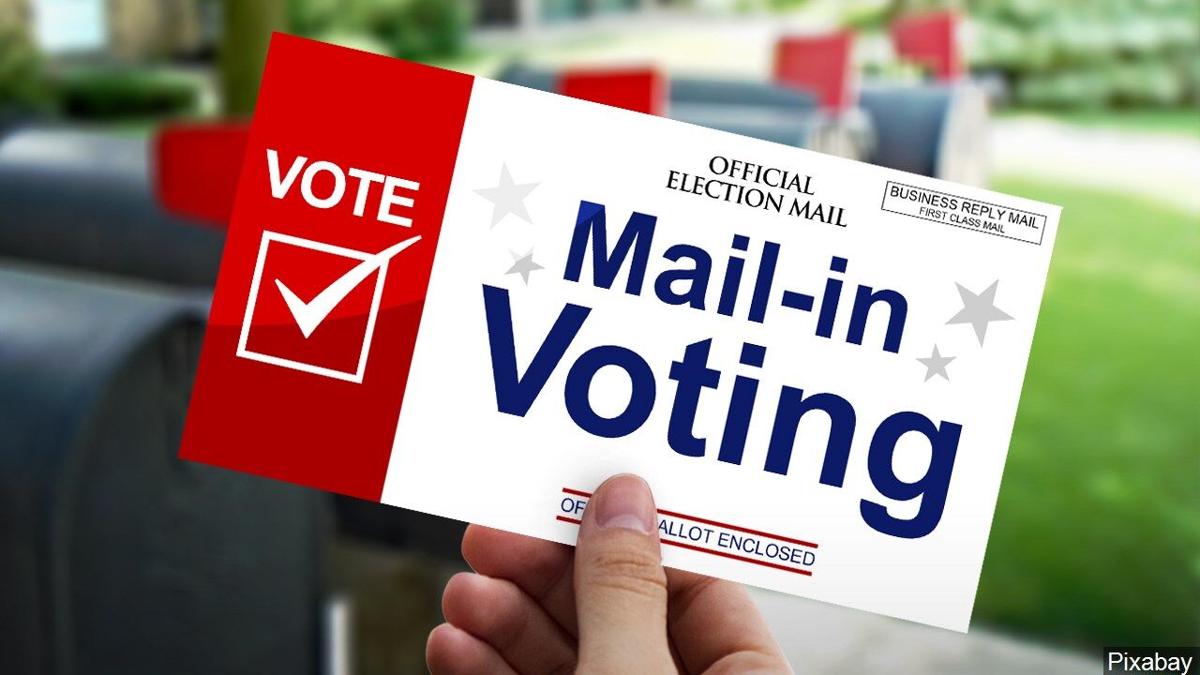 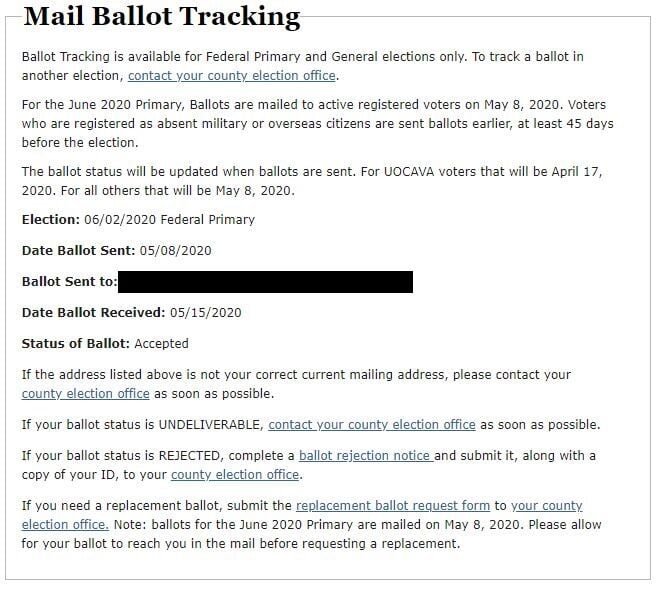 Some states use “drop boxes” for the collection of Universal Mail-In Ballots. So who is going to “collect” the Ballots, and what might be done to them prior to tabulation? A Rigged Election? So bad for our Country. Only Absentee Ballots acceptable!

The tweet is the latest in a long line of tweets by the President arguing that mail-in ballots are different from and less secure than absentee ballots. 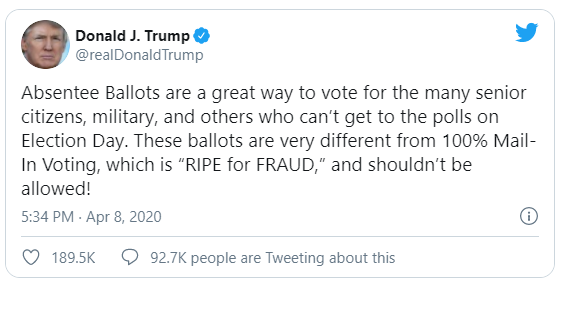 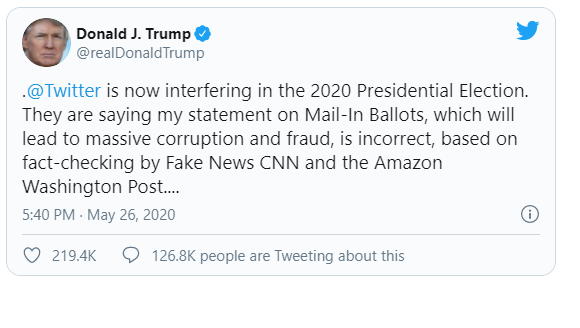 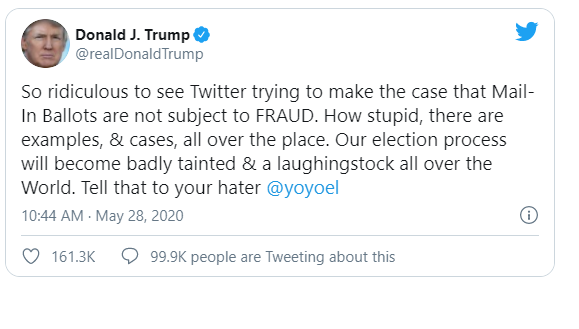 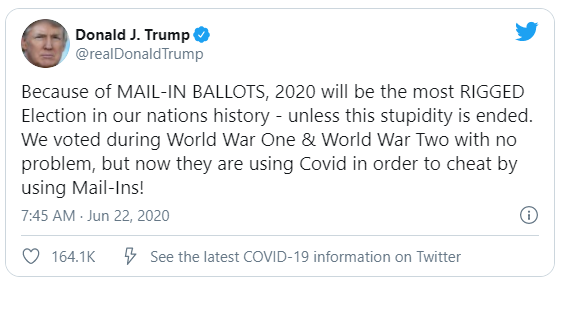 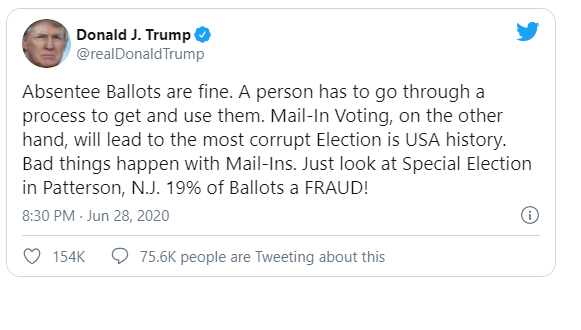 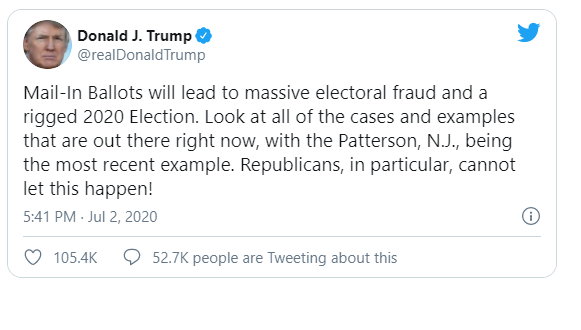 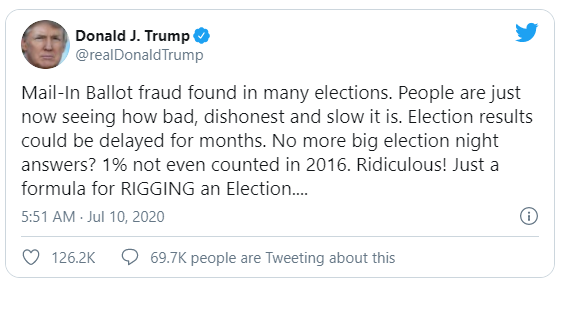 The comments by President Trump are causing confusion for some voters. Many of whom have participated in municipal and school elections using mail-in ballots for years.

"Basically, in a mail-in [election] every active voter in the county is mailed a ballot," Rutherford said. "If it's a polling place election, every voter on the absentee list is mailed a ballot, which in our case is 90% of the voters anyhow. So, you really don't see much of a difference."

Rutherford points out that mail-in elections are very common in Montana.

"We do mail-in ballots for our city and school elections. So, we already have the infrastructure, and it's basically the same process that we have in place for those elections. [It] just carries over to this federal election. We just don't have the polling places open, and that's the big difference."

When asked if he can show an example of a mail-in ballot and an absentee ballot Rutherford said he couldn't because "they look exactly the same."

We asked Rutherford to explain how ballot security works and what safeguards are in place to prevent someone from voting by mail and then voting again in person.

Rutherford says that when you get your ballot in the mail you'll notice the return envelope includes your name and a barcode on it.

"Your ballot has to come back with that. We check it in. You get credit when we check your signature."

Rutherford says this prevents someone who voted by mail from coming in and saying a ballot was lost, destroyed, or misplaced and requesting a replacement ballot.

If a ballot is misdelivered and a voter flags the election office that they didn't receive their ballot, they can be issued a replacement ballot. Once that is done the original ballot is flagged in the system so it cannot be counted if it shows up later.

"Each registered voter has one file so your name doesn't appear in the register multiple times. [The] same thing applies to absentee or mail-in ballots. We'll only send one envelope to one person unless there's some clerical error on our part, but they are pretty few and far between."

We also asked Rutherford to explain the checks and balances when it comes to people receiving an absentee ballot and then trying to vote at their local polling location.

"If your ballot is delivered to us, you've voted. It's just like putting your ballot in the box at the polling place, going out and then coming back in and saying you changed your mind. You don't get another one. So again, we have an auditing system where each voter has one file...we check it and then we're not going to issue anymore to you."

We also asked Rutherford if ballots received after Election Day will be counted. He says all ballots must be received by 8:00 p.m. on Election Day. If you are mailing your ballot, he says you should make sure it's in the mail by Monday, October 26. This will give the post office time to deliver your ballot. Military federal write-in absentee ballots are the lone exception. But Rutherford says they are extremely rare.

If you would feel better about voting in person, you can visit your local election office in person starting on October 2. Mail-in ballots will be sent out a week later on October 9.

Rutherford does stress that if you've moved or changed your name since the last time you've voted, you need to contact your local election office to update your voter registration information.

If you want to check your voting status or to track your ballot you can visit the Montana my voter page.