You are the owner of this article.
Edit Article Add New Article
Welcome, Guest
Home
News
Weather
Video
Sports
Wake Up Montana
Features
Connections
Report It
Promotions & Contests
Salute to Seniors
Get MT Back to Work
Open for Takeout
Community Calendar
Montana Pros
What's on TV
Watch Live
About Us 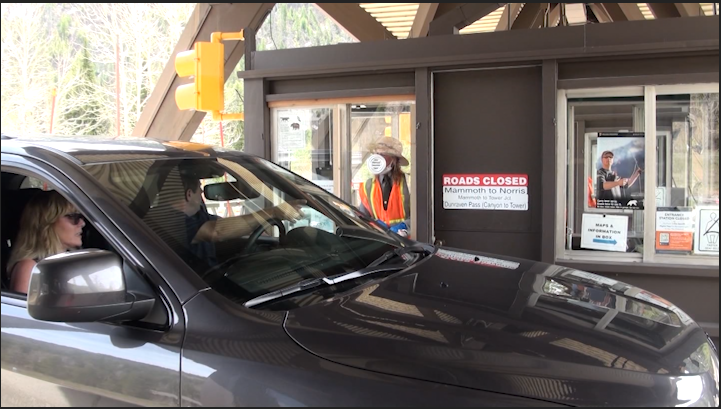 A visitor stops at an entry booth at Yellowstone National Park on Monday May 18, 2020. Employees at the park are now wearing masks as they attempt to protect themselves and visitors from the Coronavirus. 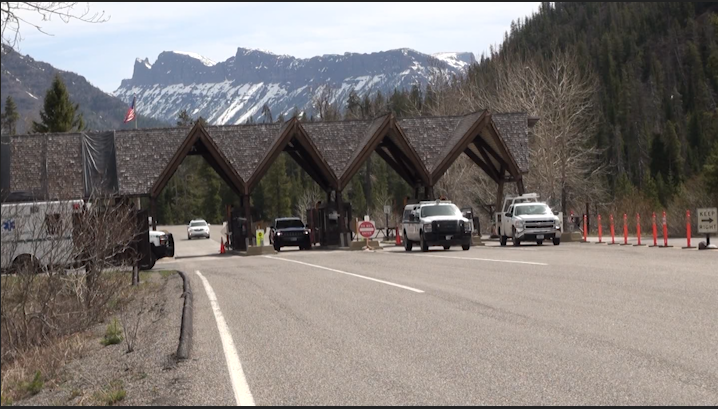 Cars file into Yellowstone National Park from the East entrance in Wyoming on May 18, 2020. 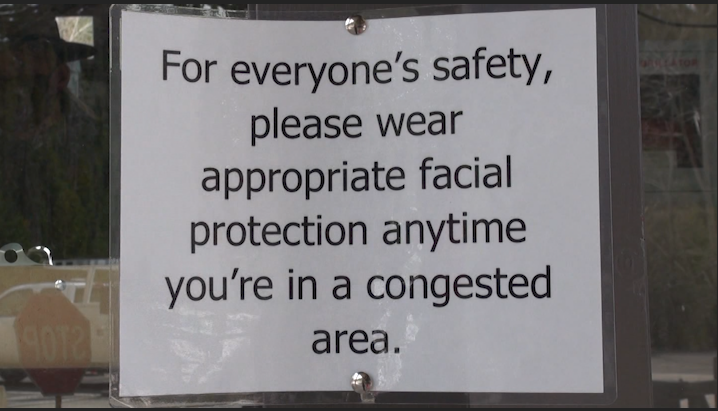 A sign greeting visitors to Yellowstone National Park reminds them to wear face coverings when visiting congested areas. May 18, 2020

Yellowstone National Park opened to visitors Monday, for the first time since the Park shut down in late March. Only entrances to Wyoming were open, However. park officials are still planning with Montana and Idaho to open other entrances when those states allow.

Only entrances to Wyoming were open, however. park officials are still planning with Montana and Idaho to open other entrances when those states allow.

Park officials say the number of visitors coming into Yellowstone’s east entrance in Wyoming was about average for an opening day.  East Entrance Supervisor Brian Perry says about 300 cars came in during the first three hours. He expected 500 by day’s end.

But the thousands who usually come through Montana’s entrances were not in the park on this day.  Commercial buses are not allowed in the park yet.

Handouts and signs cautioned people to wear face coverings in crowded areas, and stay six feet away from other people on boardwalks and trails.

People exploring Yellowstone can only travel on the lower loop now, but that means they can still see things like Old Faithful, Yellowstone Lake, and Hayden Valley, which has bears, wolves, and bison.

There will be no hotels or restaurants open in the park. Self-serve gasoline and park restrooms are open to serve necessities.

But campgrounds, takeout food service, fishing, and visitor centers will remain closed until phase 2 openings.  Park officials say that will happen when “safe and appropriate mitigation measures are in place.”

Park employees are wearing face protection, and entrance rangers are protected from the virus by plexiglass.

When asked about how she felt about the opening, one woman said, “ I am ecstatic.”

This visitor from New Mexico, was on her first trip to Yellowstone, with friends from Washington state and Wyoming.  She was not worried about the virus. She said, “Not so much out here. everything is so open, and there’s so much space. honestly the air is so clean,  I’d be surprised unless i was right up against another person to actually contract anything.”

But, people are crowding up in the park already. One group gathered around the entrance sign seemed to have come in together, in two cars.  But, just like outside the park, not everyone is wearing a mask here.

Yellowstone’s south entrance is also open now.  Visitors will have to drive through Grand Teton to get to it.  That park is also open.